Boxers get ready to punch a first

CHENNAI: It’s been over 100 days since boxers have been under unfamiliar surroundings. Thanks to the lockdown, most had just been able to carry out basic training. From Monday, they will finally be able to express themselves like they used to, as they get back to proper training at NIS, Patiala, after getting green light from the Sports Authority of India (SAI). 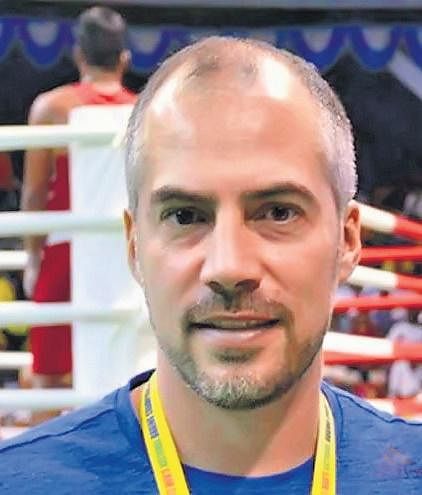 Just as they were assembling to start training, there were controversies, but those are in the past now. This will be the first full-fledged national camp for elite athletes in the country after the lockdown and the team is looking forward to this. Patiently waiting for this day was men’s high performance director Santiago Nieva. The Argentina-born coach from Sweden has been at the facility since March. He was planning the training regimen and had a detailed meeting with his coaching staff on Sunday.

“The first week will be introductory,” Nieva told this daily from Patiala. “We will start with medium load and training will mostly involve running. We’ll assess how the boxers are, especially their fitness levels. From next week, load will be increased gradually.” About match fitness, Nieva felt it would take a few weeks. “Some will take three weeks but some might take two months.

Some of them would have gained weight. Normally, within two to three weeks they should be able to shed most of the weight that they have put on. Some might take longer and we have to plan accordingly.”
Women boxers got a headstart, having begun training a few days back because their quarantine restrictions got over early. The men, most of them qualified or on verge of qualifying for Olympics, are eagerly waiting for training.

“Some countries have already begun training,” said Nieva on a slightly worried note. “So this is a big step forward for the pugilists. We need to go back to tougher training,” he said. “They have been training at home but we need to make sure that we put on good load and see how much they are capable of taking and gradually add volume so that we can have a solid base.” Nieva felt it would be wise to not start with a bang. “We don’t go for the kill from the word go.

Let’s see where they are physically and mentally. As days pass and load increases, training will become demanding. We are behind some countries but we are ahead of others. It is important that we start and go back to what is normal as soon as possible.” The coaching team will have a key meeting on Monday to decide the dos and don’ts during training. Sparring is currently not permitted, but Nieva is hopeful that his wards can go back to full-fledged training soon.

“From my side, logically speaking, after a few weeks we should be able to do normal training,” he said.
Nine boxers are in this lot — Amit Panghal, Deepak Kumar, Gaurav Solanki, Mohammed Hussamuddin, Kavinder Singh Bisht, Ashish Kumar, Brijesh Yadav, Sanjeet and one more. Solanki missed a quota during the Asia/Oceania Olympic qualifiers. Giving him competition will be Kavinder and Hussamuddin.

Now we are on Telegram too. Follow us for updates
TAGS
Indian boxers boxers Boxing lockdown