CHENNAI: Davis Cup matches are to remain best-of-five affairs after a proposal to reduce them to best-of-three was rejected at the International Tennis Federation’s (ITF) Annual General Meeting (AGM) on Friday.
ITF had put in place proposals more than two months ago to shorten Davis Cup, the self-proclaimed ‘World Cup of Tennis’, to best-of-three matches so as entice new fans, get the best players to feature in early ties and make it more TV friendly. In fact, on June 4, 2017, when the motion was cleared, ITF had expected it to be ratified by the AGM in Ho Chi Minh City. 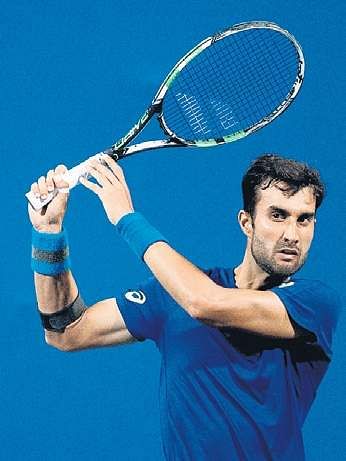 However, the motion did not receive a two-thirds majority. The project received 63.54% support, falling agonisingly short of the 66.66% required for the body to approve it. ITF president, David Haggerty, who had thrown his weight behind the move, was disappointed, to say the least. “We respect the decision of the AGM but are disappointed that our member nations have not approved the full package of Davis Cup and Fed Cup reforms endorsed by the ITF Board,” he said.

India’s Davis Cup skipper, Mahesh Bhupathi said it does not matter either way. “It’s (what they decided in Vietnam) not going to impact us,” he told Express. “We will be ready for any format required.” Saketh Myneni also sang from the same hymn sheet: “Changes might happen or might not happen but we have to prepare ourselves based on scenarios,” he said. “It would have been better for audiences to watch best-of-three sets but best-of-five is the tradition. So, basically, both have positives and negatives.”
While it’s not yet known whether AITA voted for or against, it’s possible they could have opted for the former. It would have helped their players immensely as they sometimes struggle with respect to fitness in the 4th and 5th sets.

Bhambri in last eight
India’s Yuki Bhambri continued his impressive run at the Citi Open as he progressed into the quarterfinals. Bhambri, who knocked out defending Gael Monfils on Wednesday night, lost the first set against last year’s Davis Cup hero Guido Pella but recovered in an impressive manner to post a 6-7 (5/7), 6-3, 6-1 win. The 25-year-old, who is scheduled to play Kevin Anderson for a place in the semifinals, will jump at least 44 places to World No 156 when the next rankings are out on Monday.

Stay up to date on all the latest Tennis news with The New Indian Express App. Download now
(Get the news that matters from New Indian Express on WhatsApp. Click this link and hit 'Click to Subscribe'. Follow the instructions after that.)
TAGS
Davis Cup longer format International Tennis Federation