The Swiss Master is the only megastar standing at a tournament now looking seriously short of star power, after Nadal's withdrawal.

LONDON: Rafael Nadal's dramatic withdrawal from the ATP Finals in London leaves Roger Federer as the only megastar standing at a tournament now looking seriously short of star power.

The Spanish world number one produced an astonishing never-say-die performance in his opening round-robin match at the O2 Arena late on Monday despite obvious discomfort, digging deep to save four match points before eventually succumbing to a tenacious David Goffin.

With Novak Djokovic and Andy Murray sidelined through injury, Federer is the only genuine star left in London and is the clear favourite to lift his seventh year-end title at the grand old age of 36.

For all the showbiz vibe at the event, the numbers do not lie -- all the remaining competitors at the tournament have a single Grand Slam title between them, compared to Federer's haul of 19.

"My season is finished," the Spaniard said. "Yeah, I had the commitment with the event, with the city, with myself. I tried hard. I did the thing that I had to do to try to be ready to play. But I am really not ready to play."

"Is about the pain," Nadal added. "I cannot hold with enough power to keep playing. I tried, but seriously it was a miracle to be very close in the score during the match. It really doesn't make sense."

The Spaniard, who will be replaced in the event by his compatriot and world number 10 Pablo Carreno Busta, said he hopes to be ready for the start of the 2018 season.

"I am, of course, disappointed," he said. "But I am not going to cry. I had a great season. I really appreciate all the things that happened to me during the whole season. Thanks life for this unforgettable one.

"I am going to work hard to try to give me more chances the next season to keep being at the top and fighting for the most important things."

Stellar year
Nadal has had a remarkable year after missing a significant chunk of 2016 through injury, winning a 10th French Open title, cruising to victory at the US Open and regaining the world number one spot.

But his latest injury will once again raise questions about how long his 31-year-old body can cope with the punishing demands of his physical brand of tennis.

"I can't complain. I feel very lucky about all the things that are happening to me," said Nadal.

"But on the other hand, it is true that I am probably the top player that had more injuries and more troubles in the careers of everyone. It is always about this challenge. But I am used to this and I know what I have to do. I think I am ready to do it." 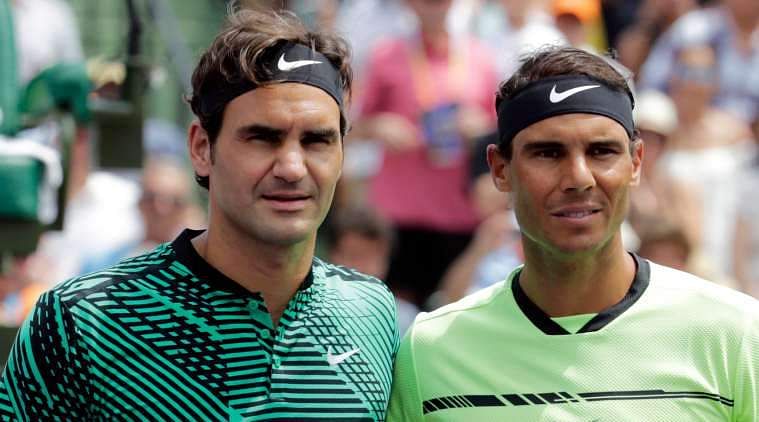 The Spaniard is the only one of the "Big Four" never to have won the ATP Finals and has pulled out a number of times previously before the event, which is played on a fast indoor surface rather than his favoured clay.

And his exit deprives the event of the chance of a dream final with Federer, which would have given Nadal the chance to hit back after four straight defeats to his eternal rival this year.

So who is left to challenge the Swiss? Former US Open champion Marin Cilic and America's Jack Sock, fresh from winning the Paris Masters, are in his section, the Boris Becker group, along with Alexander Zverev.

World number three Zverev, 20, is setting tongues wagging after an impressive year in which he has won five tournaments, including beating Federer in the final of the Rogers Cup in Canada.

Nadal's conqueror Goffin, Dominic Thiem, Grigor Dimitrov and Carreno Busta lurk in the Pete Sampras group but none of those names will send shivers down Federer's spine.

There's no doubt that this is a major chance for somebody to step up and make a name for themselves but with Federer still alive and kicking it would take a brave man to predict the start of a new era yet.