VIJAYAWADA: AP State Fire Service Director General K Satyanarayana in a free-wheeling chat with Express reveals his plans of executing development activities and measures that will be undertaken by the department in the upcoming days across the State.

In the past few months, fire accident cases have become rampant in the State. What are the measures being taken by the department?
The department has conducted surprise checks across the State and identified 482 locations as hazardous premises. Moreover, the majority of the commercial complexes, high rise buildings and cinema halls are failing to obtain No-Objection Certificate (NOC) from the department. Notices have been issued to 360 violators. 587 cases have already been disposed in for prosecution at various courts. 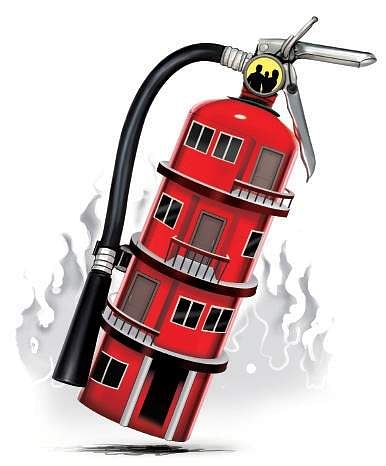 Which district in the State has the maximum number  of violators who have failed to obtain NOC from the department?
Guntur district has the highest number of NOC violators in the State. For instance,  as many as 104 Cold Storages out of 105 have not obtained NOC. There is a high risk of fire accidents in the cold storages. In this regard, few months ago, the department along with DGP N Sambasiva Rao convened a meeting with cold storage owners and directed them to obtain NOC. None of them have approached the department till date. Legal notices will be issued to them shortly.

Is there any shortage of manpower in the department? What is the present status of employees? Willl any notification be issued for recruitment?
Staff shortage has made us unable to attend emergency cases. In the present situation, we require 1,800 more staff for strengthening the department. As on date, the strength stands at 2,100. In the next few weeks, a notification will be issued by AP Police Recruitment Board to recruit 55 drivers against the total vacancy of 169 positions.

Are there any proposals to purchase sky lift for Vijayawada ? How many sky lifts is the department maintaining?
A sky lift was being maintained by the department in Visakhapatnam. There is an urgent need to maintain a skylift in Vijayawada, which is being developed as part of the State capital Amaravati. A proposal was sent to the State Government. Tenders will be invited shortly.

What are the measures being taken by the department in making the fire officials emergency-ready?
The department has sent 50 firemen for advanced training to Odisha. As part of the training, firemen are being taught how to operate inflatable motor boat and scuba diving.  25 Station Fire Officers (SFOs) are being trained at National Industrial Security Academy (NISA), Hyderabad to rescue the public during drowning, fire accidents and operation of various tools. Plans are also afoot to send 50 firemen, 3 SFOs and Assistant Director Fire Service for training to GOA Fire Training Institute.