Drought for Event management cos

Though Prime Minister Narendra Modi promised that the demonetisation blues would ease by the month-end, aftermath of the note ban has left little to cheer for the event managers on the New Year-eve.

VISAKHAPATNAM: Though Prime Minister Narendra Modi promised that the demonetisation blues would ease by the month-end, aftermath of the note ban has left little to cheer for the event managers on the New Year-eve. While most of the hoteliers said that there had been a marginal impact of the demonetisation on the New Year revelry plans, the event management companies stated that their business was hit hard to the tune of 50 per cent. Most people are lukewarm to parties and celebrations owing to cash crisis. 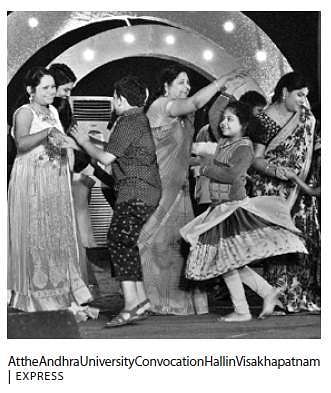 Ravi, proprietor of Krosswire event management company, said, “Our business has come down to almost 50 per cent this year compared to the previous years. Usually, we organise at least 4-5 events for new year but this year we  stuck at only two events.” “Although we have not increased our rates this year, the response from clients is low,” he added.

“This year I have only one event to organise in contrast to 3-4 events every year. Most of my clients said that they were not willing to spend money on tickets owing to cash crunch and instead celebrate the New Year with their resident welfare associations or social clubs,” stated Veeru Mama of V Team event management company. He also added, “Usually the count of audience in my event is around 800 members but this year, according to the bookings there are only 350. However, I am expecting on-the-spot bookings from people.”

While a few people said that they wish to spend time with their family and friends as usual, other revellers said that they were looking out for celebrations which do not require much money. “As most of the ATMs in the city are defunct and the banks giving limited amount of cash, I thought I should save each and every note that I have. So, this New Year it will be a quiet celebration away from all the noise and crowd,” said Vaishalli More. Prakash K, said, “I usually go out for DJ parties for New Year. But this year I have decided to celebrate by cutting a cake with my colony friends in my apartment.”

Gift shops, florists
As the city was all decked and lit up to usher in the New year, the gift shops and the florists said that the demonetisation had brought respite to them at the last minute.