Cops identify culprit with the help of CCTV footage; launch hunt for teenager.

VIJAYAWADA: Demonetisation seems to be spawning ever newer crimes. A teen posing as a Good Samaritan has so far duped several senior citizens in Vijayawada city by collecting Rs 2,000 denomination notes on the pretext of getting small change. 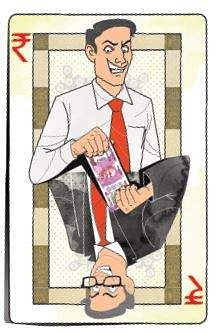 The youth collected money from unsuspecting elders and simply scooted away.  So far, he managed to collect around Rs 65,000 this way. According to the police, five cases have been registered so far and they are from atamata, Machavaram and Penamaluru.

The modus operandi of the teen, said to be around 16-20 years of age, is to approach senior citizens and tell them that he was their neighbour.

He then tells them that he was going to the bank to exchange the Rs 2,000 notes for lower denomination notes and offers to ‘help’ them if they too wanted change. Unsuspecting elders gave their Rs 2,000 notes to him and he simply vanishes from the scene.

On December 17, Suggana Kanakadurga (54) of Kanuru lodged a complaint with Penamaluru police about a boy duping her of Rs 14,000 this way. On December 26 and 29, two more cases were registered in Machavaram and Patamata police stations.  The complainants said they were relieved of Rs 12,000 and Rs 8,000 respectively. On January 4 and 5, two more complaints were lodged in Machavaram and Patamata areas, where the victims were relieved of Rs 14,000 and Rs 10,000 respectively. Interestingly, all the victims are women.

The Central Zone police said they had identified the culprit with the help of the CCTV footage and added that efforts were on to nab the culprit.