VIJAYAWADA: When Tamil Nadu Chief Minister O Panneerselvam meets his Andhra Pradesh counterpart N Chandrababu Naidu at the Interim Government Complex (IGC) in Velagapudi on Thursday to seek release of Krishna water through Telugu Ganga project for drinking needs of the residents of Chennai, the AP government is getting ready to demand funds it had spent on maintenance of the Telugu Ganga Canal. 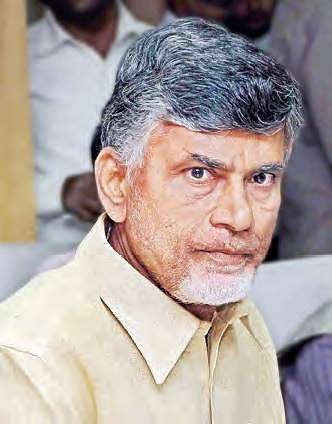 A senior minister said both AP and Tamil Nadu governments entered into an agreement for bearing the expenditure of the Telugu Ganga Canal that takes water from Kandaleru Reservoir in Nellore district to Poondi reservoir on the outskirts of Chennai city on a 50-50 basis, the Tamil Nadu government should release the funds.

“The Tamil Nadu Chief Minister will come and request release of water to Telugu Ganga and we will ask for the funds we spend on the maintenance of the canal. It could be around Rs 500 crore to Rs 600 crore,” the Minister said.

he Tamil Nadu Chief Minister, who wrote to AP CM on January 7 for release of Krishna water, is now coming to call on his his Andhra Pradesh counterpart to take the issue directly.
In his letter, Panneerselvam said that as per the Inter-State Agreement signed by both the states in 1983, an annual volume of 12 TMC ft (excluding evaporation loss) should be realised at the Tamil Nadu border to meet the drinking water needs of Chennai City, in two spells.

While, 8 TMC ft of water is to be supplied between July and October, the remaining 4 TMC ft. from January to April.

However, he said that, a volume of only 0.99 TMC ft has been released at the Tamil Nadu border during the period from October to December, 2016 and wanted the Andhra Pradesh government for the immediately release agreed volume of water from Kandaleru reservoir.