VISAKHAPATNAM: Patients carrying bunch of documents related to their medical history, diagnostic reports and prescriptions while approaching a hospital may be a thing of past soon, as the government has decided to introduce Electronic Health Cards (EHC) which will store the entire medical history of individuals.

In an attempt to make the diagnosis procedures at the government hospitals paper-free, the authorities have taken the decision.

“The government is planning to introduce the EHCs for patients being treated in government hospitals. In the first phase, EHCs will be introduced for in-patients, later the facility will be extended to out-patients too. However, we have asked the superintendents of government hospitals to send their views on the move,” says Poonam Malakondaiah, Principal Secretary, Medical and Health. 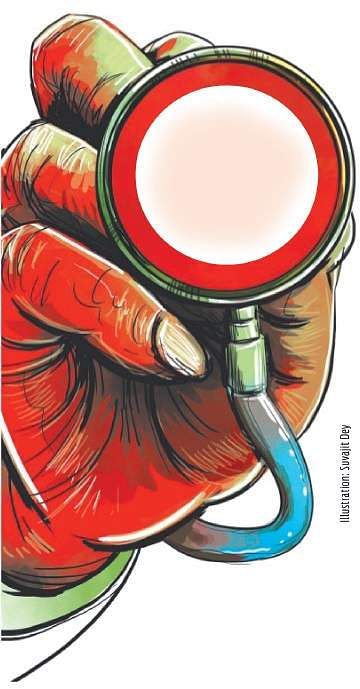 Under the new system, she said, medical history of patients will be digitised right from their admission in hospitals.

The details pertaining to health problems, diagnostic reports and medicines prescribed to the patients in the past will be stored in the EHC.

Hospitals will have a special database in the mother computers in which data pertaining to the EHCs will be stored so that it can be retrieved as and when required.

The heads of the departments and their associates can review the patient’s health status at any time by utilising the data stored the EHCs.

Further, the officials say that the move will also help examine the authenticity of the diagnosis, medicines or procedures prescribed in case allegations related to negligence of doctors and paramedical staff, making the healthcare system more accountable, the officials say.

However, the move has evoked a mixed response from doctors. Some have welcomed the proposal, while others have their own reservations.

“It is a welcome move to make doctors more accountable. But, the fact is there is no rule book to treat patients. In emergency cases, doctors take some crucial decisions or administer powerful medicines to save patients’ life, but even then the latter may die. With the new system, the doctors may not take risk of administering high power medicines, fearing that they might be prosecuted, if the patient’s condition turns worse,” opined a senior doctor of KGH, requesting anonymity.