Tobacco growers as well as the authorities of the Tobacco Institute of India (TII) have been voicing their concern over excess taxation on cigarettes leading to the growth of illegal cigarette trade.

VIJAYAWADA: With the Centre making it a routine practice to increase excise duty on cigarettes with an objective to discourage smokers from consuming cigarettes, which are said to be the prime factors for the deadly cancer disease, tobacco growers as well as the authorities of the Tobacco Institute of India (TII) have been voicing their concern over excess taxation on cigarettes leading to the growth of illegal cigarette trade in the country. They want the government to desist from enhancing the excess duty further on cigarettes. 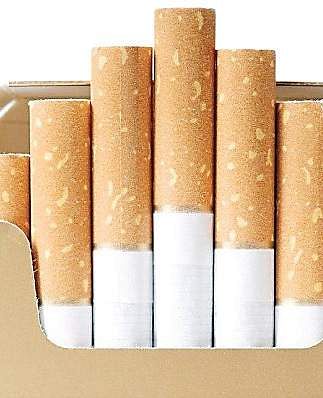 Manyam Raju, a tobacco grower from Pothavaram village in West Godavari district, said the spurt in sale of illegal cigarettes is reducing the demand for domestic cigarettes which in turn is resulting in the reduction in demand for tobacco. “As a result, we are failing to get proper prices for our produce at the auction platforms,” he complained.

Speaking to Express on the sidelines of the 17th TII Tobacco Farmers’ Awards, an annual award instituted by the TII, here on Friday, Manyam Raju, an award winning tobacco grower, said that their efforts to get proper income through the sale of high quality tobacco were getting dashed with the traders forming a syndicate and reducing the prices.

“They claim that the demand for tobacco came down drastically following the increase in the sale of illegal cigarettes and we are forced to sell the produce at meagre prices,” he said.

“By practising good agriculture practices and adopting modern methods such as drip irrigation, tray seedling and sustainable production practices like energy conservation and also using only the recommended crop protection agents to minimise residues, we are able to produce quality tobacco. But, we are failing to get good returns,” he said and wanted the government to ensure proper remunerative prices for tobacco.

As taxes on cigarettes rise, smokers turn to counterfeits.

Echoing the version of the tobacco growers, TII director Syed Mahmood Ahmad said that extreme regulatory measures like excessive taxation on cigarettes and large pictorial warnings are having an adverse impact on 45.7 million people dependent on tobacco for livelihood.

He said that farmers growing flue-cured Virginia tobacco are in distress due to excise duty increase of 118 per cent on cigarettes in the last five years. Tax on cigarettes is 51 times higher than tax on other tobacco products and such punitive taxation on legal cigarettes is forcing consumers to shift to cheaper and illegal cigarettes, he observed.