Stop me if you can: Jagan

The proposed ‘apolitical’ silent protest for special category status to the State assumed political colours Wednesday with leaders from all opposition parties throwing their weight behind it and some announcing their own simultaneous demonstrations. YSRC chief YS Jagan Mohan Reddy, at a dramatic press conference at his residence in Hyderabad, declared that he himself would lead a candle light vigil, to be organised by his party, at the RK Beach in Visakhapatnam on Thursday evening. 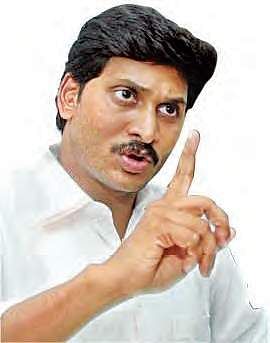 Challenging Chief Minister N Chandrababu Naidu to stop him if he can, Jagan asserted, “In a democratic country, people will not fear the dictatorial attitude of the government. I dare the government and the police to stop me, if they want.” Further, he announced that his party MPs would raise the special status issue in the Budget Session of Parliament and tender their resignation after the Monsoon Session in June to highlight the cause of Andhra Pradesh across the country and seek public mandate on the plank of special category status.

Throwing the gauntlet at the TDP, he asked the ruling party MPs to follow suit. “Despite people’s aspirations, Chandrababu Naidu is backing away from demanding special category status on irrational grounds and has been using repressive methods to foil peaceful protests fearing the Centre’s whiplash,” Jagan alleged.