Finalise Amaravati-Anantapur Highway in a week: Andhra CM to officials

Stating that the Express Highway will be the  first greenfield project in the nation, he said a railway line would also come besides the road and wanted his additional secretary Rajamouli to be in touch with officials concerned and the Union Ministers for getting the required approvals for taking up the project at the earliest. 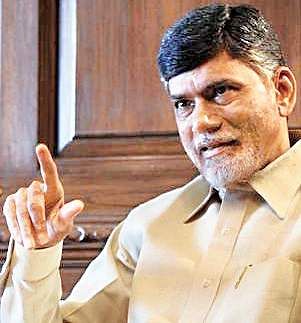 During a review meeting over the Roads and Buildings Department at the Interim Government Complex at Velagapudi on Monday, the Chief Minister underscored the need for completing the land acquisition process for the Express Highway in five districts including Guntur, Prakasam, Kadapa, Kurnool and Nellore and wanted them to ensure the completion of the road within two years.

On the Kanakadurga flyover, Naidu wanted officials to complete the project and keep it ready for inauguration by August 15.

After inspecting the designs for the flyover at Benz Circle in Vijayawada city, he said as the location was an important junction in the city and officials must prepare proper designs to connect all the roads at the junction to the flyover.

The Chief Minister said works of all the roads being taken up by National Highways Authority of India (NHAI) in the state should be completed within the stipulated time. Assuring that the state government would extend all possible cooperation and support, he asked the NHAI to construct a direct road from Raipur to Visakhapatnam and Bhavanapadu.