The two states constituted committees to discuss and sort out contentious issues post-bifurcation and this will be their first meeting at the initiative of the governor.

HYDERABAD: Taking a step further in resolving the long-pending issues between the two Telugu states, governor ESL Narasimhan has convened a high-level meeting with ministers and other public representatives of Andhra Pradesh and Telangana at Raj Bhavan here on Wednesday.

More than two-and-half years have elapsed since Andhra Pradesh was bifurcated and Telangana created but the two neighbours continue to squabble over several issues. 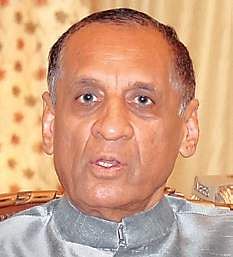 The two states constituted committees to discuss and sort out contentious issues post-bifurcation and this will be their first meeting at the initiative of the governor.  All the issues relating to AP Reorganisation Act, 2014 like division of employees, distribution of assets,  sharing of buildings, water, power and others would be discussed.  With the term of the common governor coming to an end soon, both the states have decided to resolve the matters amicably, sources said.

“We have requested the Centre to define the meaning of headquarters with regard to certain institutions. But there is no response. The issues are still pending. The delay on the part of the central government, especially Union home ministry, prompted both the states to have a dialogue,” an official said.

According to sources, in the first meeting the ministers and officials of both the states will list out the contentious issues and they will prepare a road map for resolving them mutually.

However, in the first meeting, both the states are likely to raise sharing of AP Bhavan in Delhi and the Secretariat buildings in Hyderabad.

Telangana wants the Secretariat buildings which are currently in the possession of AP. Once AP vacates the buildings, the Telangana government will construct a new Secretariat complex.  AP may seek a share in AP Bhavan in Delhi.