The court took a serious view as the chief willfully disobeyed the order of the court for filing false affidavits and colluding with a builder in respect of an illegal construction.

HYDERABAD: Taking a serious view for willfully disobeying the order of the court and for filing false affidavits and colluding with a builder in respect of an illegal construction at Kothapet in Guntur Municipal Corporation, the Hyderabad High Court has sentenced the GMC Commissioner to one month simple imprisonment. The court also sentenced the builder to two months imprisonment and imposed a fine of Rs 2,000.

Further, the court ordered the authorities concerned for the demolition of the illegal construction within four weeks. The High Court also directed the GMC and the builder to pay costs of `20,000 each to the petitioner. 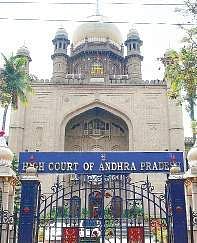 When the construction activity was not stopped, the petitioner approached the court again by filing contempt case. The court then ordered the district judge to conduct an inquiry and submit a report to it. The district judge, in his report, confirmed the illegal construction of the building up to the fifth floor.

On the other hand, Municipal Commissioner S Nagalakshmi filed an affidavit stating that Dr Vara Prasad took permission for construction of the building up to the fourth floor.

The judge disagreed with the submission of the Municipal Commissioner. After perusing the records, he found that the construction took place without permission.

Coming to a conclusion that the GMC Commissioner had colluded with the builder and for misleading the court by filing false affidavits, Justice Ramachandra Rao sentenced her to one month simple imprisonment. The Judge, however, suspended the sentence for a period of six weeks to facilitate them to file an appeal.