Computer systems of Tirumala Tirupati Devasthanams (TTD), which administers the richest Hindu temple in the world, were hit by the WannnaCry ransomeware on Wednesday.

TIRUMALA: Computer systems of Tirumala Tirupati Devasthanams (TTD), which administers the lord Venkateswara temple, the richest Hindu temple in the world, were hit by the WannnaCry ransomeware on Wednesday. 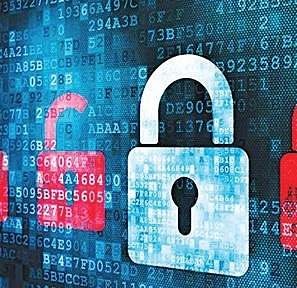 However, none of the affected systems was part of the vital computer network of the TTD, which carries out several important tasks including online booking for darshan, accommodation and several other offerings.

It is suspected that the standalone systems which were affected by the malware might have been using pirated version of Windows XP operating system.

TTD officials, when contacted by Express, maintained that none of the critical data was lost and no great damage was done. Meanwhile, TTD executive officer Anil Kumar Singhal held an emergency meeting with IT experts and all department heads on Wednesday. Later, he told reporters that the  affected standalone computer systems were used for TTD’s administrative work.

The systems being used for TTD portal for online booking for accommodation, darshan and prasadam were not affected. He said technical teams are trying to debug the affected standalone systems and recover the data in those systems.

IT department takes steps to secure computers in Secretariat

With the WannaCry ransomware affecting computers and causing damage to the valuable data across the world, officials of Information Technology department have taken precautionary measures to prevent it from attacking computers in State Secretariat.

As the computers of police department in various parts of the state have already been hit by virus, officials of the IT Department swung into action and took precautionary measures issued by Computer Emergency Response Team (CERT-In). IT department principal secretary K Vijayanand said measures for protecting computers from the virus attack have already been taken.

Stating that there are 1,350 desktop systems installed in the Secretariat, he said that not a single incident of ransomware attack was reported in the Secretariat so far.  “We have communicated the precautionary measures issued by Computer Emergency Response Team (CERT-In) to all government email users,” he explained.

It's official! Vijay Sethupathi won't be a part of Muttiah Muralitharan biopic