Will LPG connection materialise by June?

VISAKHAPATNAM: Gorle Lakshamma, 65), a lone woman, residing at Chandra Nagar near Butchirajupalem under GVMC limits was searching for some thing near the Gopalapatnam burial ground surroundings in the scorching heat on Sunday. When asked what she is searching for, she said that it was for some firewood.

For what? to cook food, she answered.
After an hour, she returned home with a handful of small sticks and logs. Meanwhile, she said that it was a regular practice for her for the last one week for lack of kerosene in the house. Every month, FP shop dealer gives her 2 litres of kerosene on subsidy and on her repeated requests he may offer two more litres. But for the current month she got only 1.5 litres of fuel and all of it is exhausted within a week.

Since then, she is running from pillar to post for firewood. “Our dealer sir told that from next month kerosene distribution is closed. I am fearing about the future days that without kerosene how I’ll do the cooking?” said she with tears. 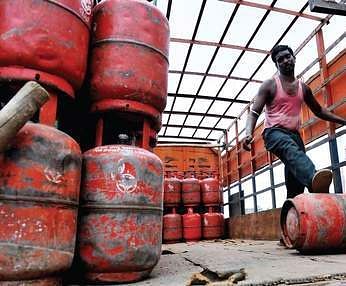 This is not the story of one Lakshamma but nearly of 3.5 lakh poor people, because government has taken a decision to sanction domestic gas connections to all the remaining BPL families by end-May. In other words it is going to stop the subsidized kerosene distribution through the PDS from June.

In view of this, state higher officials directed the district authorities to make a comprehensive field survey and collect applications from the eligible beneficiaries for allotting domestic cooking gas connections under the government’s ‘Deepam’ scheme by May-end.

But it appears difficult to complete the entire process which comprises survey, receiving applications, scrutiny, selection of genuine beneficiaries and giving the gas connection by month-end. Moreover, majority of the non-gas connection card holders (nearly one third of them) reside in the agency areas of the district.

And by stopping kerosene supply, nearly three lakh poor families, including 1.5 lakh families in Greater Visakhapatnam Municipal Corporation (GVMC) limits, are going to suffer a lot without either kerosene or LPG supply for their daily cooking needs. For them, it would be a financial burden too. Already they are facing problems with the meagre supply of kerosene.

Through the Integrated Management Survey information of the Visakhapatnam district, it was revealed that out of 10,85,575 white (BPL) card holders, only 5,49,590 have domestic cooking gas connections. The remaining 5.36 lakh BPL families totally depend on the kerosene stoves and traditional kitchens where firewood is used.

Among the 5.36 lakh families, most of them  live in the agency areas.  According to the district statistics, in agency areas, out of total 2.20 lakh white card holders only 44,000 have gas connection. Last year when the district Civil Supplies department authorities directed to estimate the no gas connection people of the district, officials calculated that approximately 4 lakh more gas connections are needed to fill the gap.

In the recently Smart Pulse Survey it is confirmed that at least 2.64 lakh white card holders of the district do not have LPG connections. Among them, nearly 1.65 lakh are in agency mandals. After counting the settlers from other areas, this number increased to 3.5 lakh. Out of them, only 75,000 BPL families applied for connection during the last Survey.

Now government asked the authorities to collect applications from those 2 lakh (approx) people by month-end. “It is  impossible to complete the field survey along with receiving applications, scrutiny, preparation of final lists and sanctioning of connections to beneficiaries within a week,” a district official explained.