VISAKHAPATNAM: ACB sleuths on Saturday conducted simultaneous searches on the properties of suspended Vizianagaram survey inspector Gedela Lakshmi Ganeswar Rao and his relatives, unearthing properties worth `100 crore (market value) disproportionate to his known source of income. Rao has been arrested and will soon be produced before an ACB court.

The searches, which began around 6.30 am at 18 locations in Visakhapatnam, Vizianagaram, East Godavari, West Godavari and Hyderabad, continued till late in the evening. Rao, 56, a native of Mondemkhallu village in Kurupam mandal of Vizianagaram district, is survey inspector at the office of Assistant Director Land and Survey, Vizianagaram. Rao, who has been suspended four times, was out on bail after being arrested recently on charges of tampering with revenue records pertaining to lands worth `3,600 crore and issuing pattadar passbooks in the name of benamis for pecuniary gains. 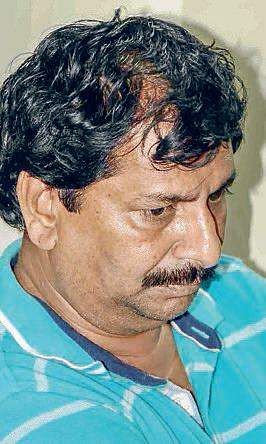 The assets, including agriculture lands, houses, plots, cash, gold, silver, vehicles and others items, together will easily be in excess of `100 crore (market value). Several flats and plots in the names of Rao, his wife and sons Vijaya Sekhar and Raja Sekhar surfaced during the raids. The unearthed properties also include three flats in his benami G Satyanarayana’s name. Three four wheelers (Swift, Innova and Volvo cars), `50,000 and documents showing a bank balance of `10 lakh also tumbled out. In addition, more than 3 kg gold, silver articles and ornaments were recovered.

When the officials went to Rao’s flat on the third floor of Suvarna Residency at 6.30 am, the family refused to open the main door for a long time. When they finally did, they stopped the officials from searching the house, at one point even letting loose their two dogs on the team.  It was only after they were warned of dire consequences that they finally let the sleuths — who had by then sought protection from cops — attend to their duties. ACB Director General RP Thakur in a press release said Rao was arrested by the city police for tampering with government land documents worth `3,600 crore a few months back.

ACB Director General RP Thakur in a press release said Rao was arrested by the city police for tampering with government land documents worth `3,600 crore a few months back. He was suspended thereafter.
Rao joined the Survey & Land Records Department as a Deputy Surveyor for a modest salary three decades back and rose to the level of inspector in 2013. ACB officials have also recovered documents pertaining to 30.36 acres of agricultural land in East and West Godavari districts and a temple also.

Apart from the immovable assets, the ACB seized `34,000 in cash, demonetised currency notes worth `25,000 and some dollars. In 2009, a disproportionate assets case was registered against Rao for the first time when he was working as the Machilipatnam survey inspector in Krishna district. The case is still under trial.

The Special Investigation Team formed by the Andhra Pradesh government to probe the land scam in Vizag recently registered a case against Rao and he was arrested on charges of tampering with revenue records and issuing pattadar passbooks in the names of 25 benamis. It was when he was out on bail that his properties were raided.