GUNTUR: A junior assistant of the Health and Medical Department who had consumed pesticide on November 17 breathed his last at Guntur Government General Hospital on Wednesday. His relatives staged a protest on Thursday demanding stern action against certain officials of the department accusing them of harassing and pushing N Ravi Kumar to take the extreme step.

Ravi’s wife Pushpalatha has lodged a complaint against four DMHO staffers -- in charge AO Ratnaraju, health educator Bhanu Murthy, supervisor Mallikharjuna Rao and senior assistant Prasad.
Before killing himself, the 52-year-old who works at the Primary Health Centre in Ponnuru recorded and shared a video on WhatsaApp saying the accused officials had demanded a bribe of `1 lakh to promote him to the post of junior assistant in Guntur when he was working as an LDC two years back.  As he was able to pay only `75,000, they shifted him to Ponnuru. He said the bullying increased after he applied for information under RTI on the list of promotions and transfers. He also accused the officials of issuing him memos alleging absence from duty. 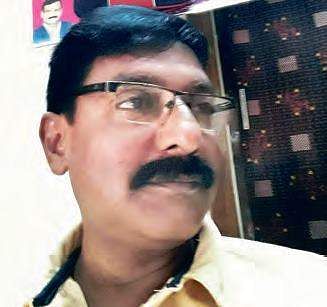 Ravi Kumar’s family admitted him to the GGH after he consumed pesticide at his house in Ankamma Nagar. As his condition did not improve he was moved to a private hospital from where he was referred to NRI Hospital for better treatment.

He died while undergoing treatment at the institute in Mangalagiri of Guntur district. His relatives, Dalit organisation leaders and activists staged a dharna demanding action against the officials.
Nagarampalem Sub Inspector Kiran said as per directions of Guntur West DSP KVG Sarita a case was registered under the  SC-ST (Prevention of Atrocities) Amendment Act, 2015. DMHO Dr J Yasmin said an internal committee had been formed to look into the case and an inquiry report would soon be submitted to higher officials. The FIR registered by the police too will be forwarded to higher ups, she added.