The accused in the murder case of rowdy-sheeter Gedela Raju, Telugu daily editor Bhupathiraju Srinivasaraju and rowdy-sheeter Mahesh, who were on remand, have been taken into police

VISAKHAPATNAM:  The accused in the murder case of rowdy-sheeter Gedela Raju, Telugu daily editor Bhupathiraju Srinivasaraju and rowdy-sheeter Mahesh, who were on remand, have been taken into police custody. It is learnt that the duo was in police custody on Thursday and Friday in Gajuwaka for further interrogation. However, police are tight-lipped about this.Sources said the police sought permission from the court, seeking four-day custody of Mahesh and Srinivasa Raju. However, the court granted only two-day custody. 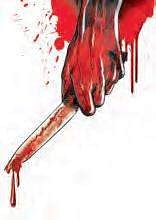 It is learnt that Gajuwaka police had received complaints of land grabbing from several traders from Atchutapuram against Srinivasa Raju and in pursuance of these and several other key details in the murder case of K Padmalatha, daughter of former Payakaraopeta MLA Nookaraju, police sought their custody.
The prime accused in the case, DSP Ravi Babu allegedly had extra-marital affair with Padmalatha, when he was working at Yellamanchili. However, he reneged on his promises of marrying her.

She submitted a representation to then police commissioner Amit Garg in June last year. In September last year, she died in suspicious circumstances. Investigation revealed that DSP Ravi Babu had given `1-crore contract to Raju to eliminate Padmalatha. With Gedela Raju harassing Ravi Babu for `50 lakh, the DSP took the help of Srinivasa Raju to eliminate him. The editor hired a gang which killed Gedela Raju on October 6.