Speaking to reporters here on Monday, Bonda Uma said neither Sri Reddy nor Kathi Mahesh is a TDP supporter and it is a known fact that both of them are supporters of the YSRC.

Speaking to reporters here on Monday, Bonda Uma said neither Sri Reddy nor Kathi Mahesh is a TDP supporter and it is a known fact that both of them are supporters of the YSRC. “Though aware of the fact, Pawan Kalyan is defaming the TDP,” he said.Maintaining that the TDP does not favour one media and distance the other, he said it will never stoop to a low by engaging in paid news.  “Our party respects freedom of the press and we believe in values,” he said.

Pointing out at the recent tweets of Sri Reddy, where she commented that if Pawan Kalyan has the patience of YS Jaganmohan Reddy, it would have been nice, the TDP MLA said Pawan Kalyan should understand by now who is behind her. “She is just a pawn used by YSRC for egging Pawan Kalyan against the TDP,” he said. 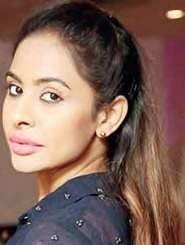 Bonda Uma said it is not proper for Pawan Kalyan to indulge in mud-slinging against the TDP without any concrete evidence. Both the BJP and YSRC have opted for ‘Divide and Rule’ policy against Pawan Kalyan to benefit from the division between him and the TDP.  “If one thinks a bit deep, one will understand the facts. Insulting parents and family members for political gain has been a habit of YSR family. TDP is only a victim,” he said.The TDP MLA also accused Pawan Kalyan of plotting against Dharma Porata Deeksha of TDP chief N Chandrababu Naidu.