In an article in this daily earlier I dealt with the promise of making good the revenue deficit of Andhra Pradesh by government of India consequent on bifurcation of the State.

In an article in this daily earlier I dealt with the promise of making good the revenue deficit of Andhra Pradesh by government of India consequent on bifurcation of the State. In this article, I propose to deal with fulfillment of other promises as mentioned in the AP Reorganisation Act as well as the statement of the then Prime Minister of India Manmohan Singh on the floor of the Parliament. 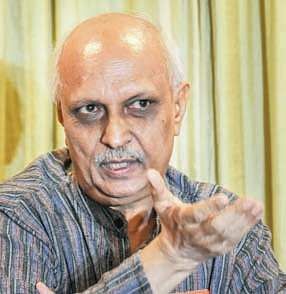 It is Section 46 in the Act which talks of appropriate grants and adequate benefits and incentives in the form of special development package to the backward areas of the State and Rayalaseema and north coastal regions in particular. Same finds an echo in Section 94 of the Act which promises support to the programmes for the development of backward areas in the successor States including expansion of physical and social infrastructure. Whereas Section 46 exclusively deals with Andhra Pradesh, Section 94, on the other hand, deals with the backward areas of both the successor States of Telangana and Andhra Pradesh. The government of India has read these Sections together and has evolved a special package for Telangana and Andhra Pradesh at the rate of Rs 50 crore for each of these identified backward districts annually.. Whereas nine districts are identified under this scheme in Telangana, in Andhra Pradesh seven districts of Rayalaseema and north coastal Andhra are covered under the scheme.

A point that is usually raised with reference to this package is that in the statement of the then Prime Minister Manmohan Singh on the floor of Parliament specific mention was made that this package would be on par with the package being given to Bundelkhand and other such backward regions. But the actual allocations and releases fall far short of the Bundelkhand package. An important point missed by those who make this comment is that Bundelkhand  package or for that matter any other package is an aggregate of different schemes already under implementation in that region like the MGNREGS and such schemes. If all those schemes are disaggregated funds given under this scheme to Andhra Pradesh and Telangana may not be less than what is being given to other such backward areas.

Section 94 of the Act provides for tax incentive to the successor States for the promotion of industrialisation and economic growth. Accordingly, central government has provided for a five year period from 2015 to 2020 in the notified districts of both the States 15% higher additional depreciation and 15% investment allowance on plant and machinery acquired during the said period. Same section also covers the assistance for creation of essential facilities for the capital city of Andhra Pradesh and such other essential infrastructure.

Accordingly, the government of India has given assistance of Rs 1500 crore for the construction of these essential facilities in the new capital. The popular perception that is created that nothing has come from government of India as promised in the Reorganisation Act and the statement of former Prime Minister Manmohan Singh on the floor of Parliament may not be correct. This still leaves out the establishment of educational and other institutions as promised in Section 93 of the Reorganisation Act which I will be addressing in another article.

Stay up to date on all the latest Andhra Pradesh news with The New Indian Express App. Download now
TAGS
Andhra Pradesh