The Election Commission of India (ECI) has directed the Guntur administration to verify two lakh doubtful voters, identified by electoral officers in the district.

GUNTUR: The Election Commission of India (ECI) has directed the Guntur administration to verify two lakh doubtful voters, identified by electoral officers in the district.

As such, Booth Level Officers (BLOs) have been asked by District Collector K Sasidhar to check suspicious voters in 17 assembly constituencies of the district. 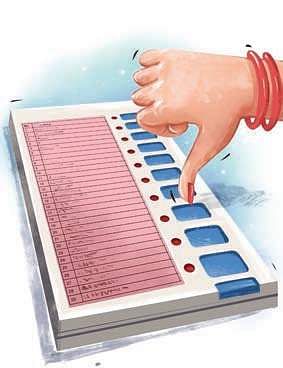 Sasidhar said Booth Level Agents (BLAs), appointed by political parties, were told to coordinate with the BLOs during voter verification as per voters’ list. He said the BLOs started verification of voters so that the BLAs coordinate with concerned officials in their areas. He said the officials should fill up 6, 6A, 7, 8, 8A forms for enrolment, deletion and change to enroll eligible voters. He said the electors can check their names through website www.nvsp.ap.gov.in.

Also every Saturday, from 12 noon to evening 5 pm, the BLOs will be available in polling booths to enroll the voters in district. He said the voters can verify their names in the polling station during the working hours of the BLOs in their respective areas. They can submit Form 6 if they find their names missing in the voters’ list.

Sasidhar said the officers suo moto have no powers to remove voters’ names from the list. They can do so only after furnishing documentary proof in the form of death certificates or Form 7.  He asked the BLAs to cooperate with the BLOs, while preparing the voters’ list to maintain transparency. The collector also directed the officials to allot temporary door numbers to the houses mentioned in the voters’ list.

99% voters genuine: Sisodia
During his recent visit to the district, State Chief Electoral Officer RP Sisodia, along with his team, verified voters’ list at polling stations in Brhugubanda, Ganapavaram and Sattenapalli. He said 99 per cent of voters were found to be genuine and instructed the official to clear issues related with the remaining

Stay up to date on all the latest Andhra Pradesh news with The New Indian Express App. Download now
TAGS
Election Commission of India