On Wednesday, the counsel appearing for Prabhas moved a lunch motion petition before a single judge with a plea to restrain the authorities from interfering in the subject property.

HYDERABAD: A division bench of the Hyderabad High Court, comprising Justice V Ramasubramanian and Justice P Keshava Rao, on Thursday made it clear that it would hear on Friday the petition filed by popular actor Uppalapati Venkata Satyanarayana Prabhas Raju alias Prabhas challenging the action of the Ranga Reddy district Collector and other officials concerned in interfering with his land in Serilingampally mandal without a prior notice.

The Baahubali star is challenging the action of the Ranga Reddy collector and other officials in interfering with his land measuring 2,083 square yards in plot numbers 221, 222 and 223 in survey number 5/3 at Raidurga Pan Muktha, Serilingampally mandal in the district. 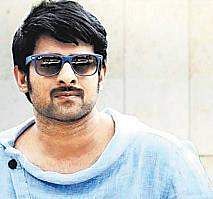 On Wednesday, the counsel appearing for Prabhas moved a lunch motion petition before a single judge with a plea to restrain the authorities from interfering in the subject property. After hearing the government counsel that similar petitions were pending for hearing before a division bench, the judge issued orders transferring the present case to the division bench.

When the matter was not listed for the day, the petitioner’s counsel made a mention before the bench headed by Justice Ramasubramanian and urged the court to hear the case urgently as the revenue authorities were making efforts to dispossess the petitioner from the subject property. Responding positively to the plea, the bench said that it would hear the case on Friday.

Stay up to date on all the latest Andhra Pradesh news with The New Indian Express App. Download now
TAGS
Prabhas