Pawan Kalyan asked both the State and Central governments to either release a white paper on the funds provided to the State or provide information to him with regard to the funds.

VIJAYAWADA: Jana Sena Party chief Pawan Kalyan has set February 15 as the deadline for the State government and Central government to provide factual reports on the Central assistance to Andhra Pradesh. Speaking to media persons after discussions with former MP Undavalli Arun Kumar in Hyderabad on Sunday, he said he too, like lakhs of people in Andhra Pradesh, is confused over the ‘assistance’ given to the State by the Central government. “There is confusion as the State and Centre are contradicting each other when it comes to the funds released to the State and implementation of the provisions of the AP Reorganisation Act. The Central government says it has given funds to AP like no other States, but the State government says it has not received any help,” he said.

Pointing out at the conflicting statements of both parties, Pawan Kalyan opined that one of them is definitely lying and who is it will be determined when the facts are made clear. “For that purpose, a Joint Fact-Finding Committee involving Undavalli Arun Kumar, who has almost retired from politics and has a neutral perspective, socio-political activist Jayaprakash Narayan and several other subject experts are being formed,” he said.

The Jana Sena Party chief asked both the State and Central governments to either release a white paper on the funds provided to the State and status of the implementation of the provisions of the Act or provide information to him with regard to the funds spent and funds received. “It should not be difficult for them. They can provide the needed details in matter of a few hours,” he observed.Pointing out at what happened when he had sought white paper on Polavaram, to which the State government asked him to search the website, where there was no information, he said it is would be better if they provide the information they have, as they claim.

Pawan not in panel

Pawan Kalyan clarified that he is not part of the Joint Fact-Finding Committee, as he in the past had supported both the BJP and TDP during elections. “People would doubt if I’m biased. Further, I am not a subject expert,” he said.When asked as to why in last four years, he had not taken up the issue with the Prime Minister, he said even Chief Minister N Chandrababu Naidu, who went to New Delhi more than 21 times, failed to get appointment of the Prime Minister most of the time, what is chances of him meeting the Prime Minister.

Former MP Undavalli Arun Kumar said he was impressed by the way Pawan Kalyan is dealing with the issue and agreed to take up the assignment. “I was impressed by the fact that he had not spoken a single thing about politics. The first question was what is being lied about and who is lying. To me it looked like a common man asking the question,” he said. Arun Kumar said both Central and State could be right in their own way and perspective, but the facts should be made clear to the people of the State, as the entire issue has a direct bearing on them. “The names proposed by Pawan Kalyan for the committee have impressed me and I am confident that the real facts will see the light of the day,” he said. 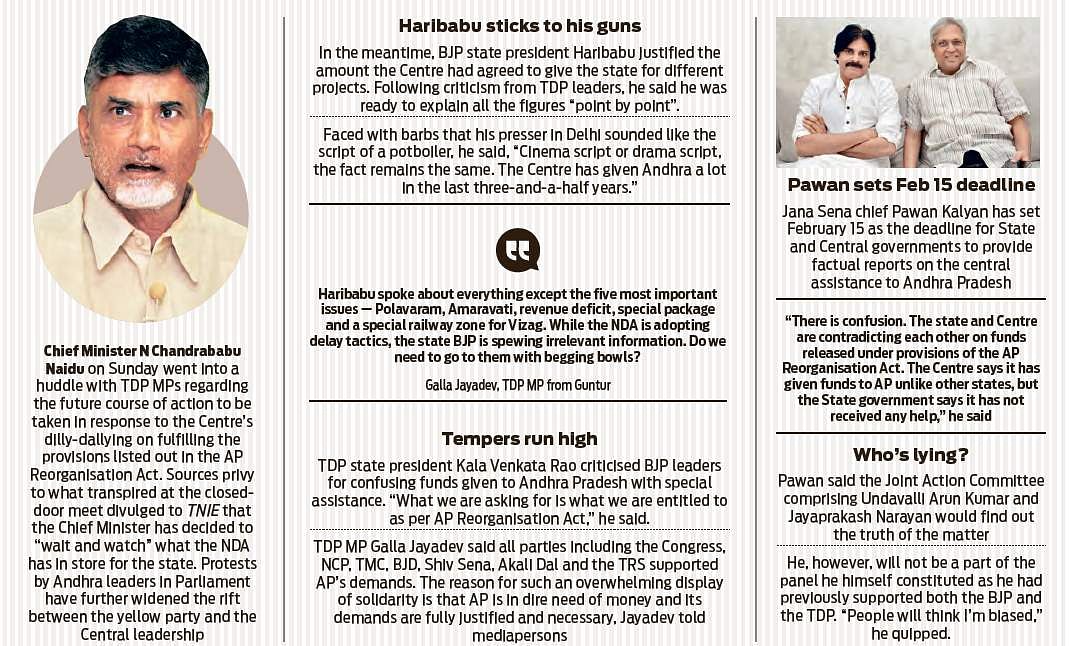 Now we are on Telegram too. Follow us for updates
TAGS
Pawan Kalyan Jana Sena Party funds