Tells states to come up with issues for arguments by July 30; AP’s counsel says other states were mum on their problems during earlier meetings

HYDERABAD: The Supreme Court on Monday directed the Andhra Pradesh, Telangana, Odisha and Chhattisgarh governments to frame the issues for arguments in the petition filed by Odisha government challenging the Central government’s decision in giving national project status to Polavaram project on river Godavari.

A bench comprising Justice Madan B Lokur and Justice Deepak Gupta was passing this order on a petition filed by Odisha government complaining that the project would submerge about 600 habitations in Andhra Pradesh, Chhattisgarh, Odisha and Telangana and also submerge about 8,000 acres of forest land and 500 acres of wildlife sanctuary.

The Odisha government submitted that the project works were taken up in violation of the Bachawat Tribunal order. There was a need to cancel the permissions granted to the project to ensure that there was no damage to Odisha. According National project status to Polavaram was not correct. In fact, the project’s environment clearance was cancelled by the National Environment Appellate Authority in 2007, but the AP High Court had stayed it as an interim measure. Even the Ministry of Environment and Forest had given a direction to stop the construction works of the project on February 8, 2011, but later kept its own order in abeyance, it added.

During the course of hearing, the counsel for AP government told the court that the governments of Odisha, Chhattisgarh and Telangana were not revealing the problems facing them despite having three meetings on the issue. To this, the counsels of these States raised objections. The bench then directed all the four States to frame the issues for arguments by July 30. The bench made it clear that the court would decide the issues if the States do not come up with issues for arguments by July 30, and posted the matter to July 30 for hearing. 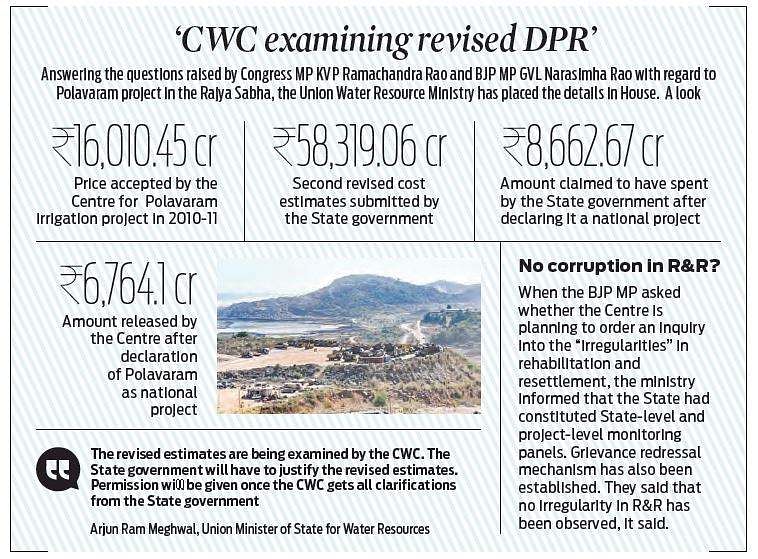