The minister also said that the department has directed the power stations to maintain enough coal reserves for uninterrupted power generation as the demand would increase in summer.

VIJAYAWADA:   Aiming at encouraging power consumers in the State to switch over to smart meters from conventional ones, the Energy Department has decided to extend incentives to both domestic and industrial consumers. Energy Minister K Kala Venkata Rao said that an incentive of one rupee per unit in tariff has been introduced during off-peak hours. After reviewing the functioning of the Energy Department on Tuesday, the minister told reporters, “The introduction of incentive will help reduce the day load curve and stabilise the off-peak hour consumption.” 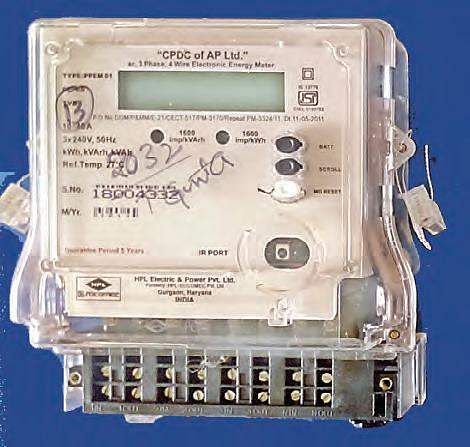 It may be recalled that the State government has announced its plans to install 10 lakh smart meters in the State shortly. The minister said AP TRANSCO has decided to award the power evacuation line from the Polavaram Hydroelectric plant on tariff-based competitive bidding process. “We are using innovative methods and the latest technology to bring down costs and losses, which would eventually result in effective power generation, transmission and supply,” he noted.

He said that 17 per cent of the total energy generated in the 2017-18 fiscal was from renewable sources as against 5 per cent in 2015-15. “This year, it will further increase as we are focusing on green energy initiatives,” he added. Venkata Rao said that the State government is spending Rs 15,000 crore to add 2,560 MW of power by 2022.

He observed that priority is being given to agriculture sector and that 87,000 applications for new connections were received for connections during 2018-19. “The new connections would be given by July. We are also in the process of clearing 75,000 pending applications submitted for agriculture pump sets,” he added.The minister also said that the department has directed the power stations to maintain enough coal reserves for uninterrupted power generation as the demand would increase in summer.

Stay up to date on all the latest Andhra Pradesh news with The New Indian Express App. Download now
TAGS
power consumption