On the dedicated solar energy policy, the CM said Modi government had messed up all things.

VISAKHAPATNAM: Making it clear that the State government is ready to hold Panchayat elections, Chief Minister N Chandrababu Naidu has said as the reservation issue is sub judice, the elections will be conducted once the issue is disposed of by the court.

Addressing the media on the sidelines of the Fintech Festival here on Tuesday, he said that in his 40-year political career, he had never seen such bitter relations between the Centre and the States. 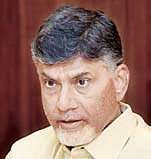 Taking the example of cyclone Titli, the CM said that he had written twice to Prime Minister Narendra Modi, but there was no response on funds for relief works. Similar things happened during the Kerala floods, when the Centre opposed donations from the UAE for restoration works. “The Centre is yet to send a team to assess damages in the cyclone-affected areas. When Union Home Minister Rajnath Singh came to AP, he didn’t visit the cyclone-affected  areas in Srikakulam district,” the CM said.

On the demonetisation, he said, “I supported  the demonetisation to promote digital payments, but high denomination notes of `500 and `2,000 spoiled the purpose as it again left scope for corruption. When there are money transfer apps, why are these new notes introduced?” the CM asked.

On the dedicated solar energy policy, the CM said Modi government had messed up all things.