Attacker intended to do away with Jagan Mohan Reddy, say police

He procured two small knives, which are generally tied to the claws of birds during cockfights.

VIJAYAWADA: Even as the State government claimed that J Srinivasa Rao alias Srinivas, who attacked Opposition Leader YS Jagan Mohan Reddy at Vizag airport, carried out the attack to get sympathy to his favourite leader, Visakhapatnam police probing the incident, have maintained that the accused attacked the YSRC chief with an intention to ‘do away with him’. 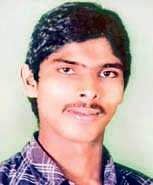 In the remand report submitted to the VII Additional Metropolitan Magistrate of Visakhapatnam by the Airport Police, it was stated that “the investigation revealed that the accused attacked Opposition Leader YS Jagan Mohan Reddy with a knife to do away with him and caused bleeding injury.’’
Further, the police added that because of the alertness of people near Jagan, the knife pricked his left shoulder, resulting in bleeding injury. “If the knife hit the neck, he (Jagan) might have died,’’ the remand report read.

It gives much credence to the argument of YSRC which has been alleging that the attack was intended to eliminate the Opposition Leader. The ruling TDP has been maintaining that the Opposition YSRC enacted the ‘attack drama’, while the opposition party has been demanding a third-party investigation into the incident as it lacks trust in the government.

The police also said that Srinivas, an Intermediate first year dropout, worked as an assistant welder in Dubai before returning to the State and joining as a waiter in Fusion Foods Restaurant in Vizag airport.

Accused a Gulf returnee
J Srinivasa Rao alias Srinivas, an Intermediate dropout, worked as an assistant welder in Dubai before returning to the State. Later, he joined as a waiter in Fusion Foods Restaurant in Visakhapatnam airport

Further, the police investigation revealed that on October 24, Srinivas got to know about Jagan coming to Visakhapatnam airport the next day.
“Srinivas was mentally prepared to do something,’’ the police said.
On October 25, when Jagan arrived at the airport around 12.25 pm to board the 1 pm IndiGo flight to Hyderabad, a service assistant Ramadevi came inside the room to serve tea as ordered by the YSRC leaders.

“The accused also followed her in the name of serving water bottles to the VIP and others. One of the party activists told her that Sir (Jagan Mohan Reddy) will take only coffee,’’ the remand report said, adding that, while Ramadevi returned to the restaurant to bring coffee, Srinivas remained in the room beside the VIP. Around 12.38 pm, Jagan was told that time was nearing for security check.
“Jagan stood up and was about to start towards the security check-in. A YSRC senior activist Dharmasri went near to the VIP and at that time the accused sat at the left side of the VIP (on the pretext of taking a selfie).

The accused took out a small knife and attacked Jagan. Fortunately, Jagan turned right and the accused could only jab on the left shoulder, which caused bleeding injury. When Jagan raised a small cry, nearby leaders Chinna Sreenu and one Reddy reacted quickly, caught hold of Srinivas and collected the knife from him,’’ the remand report said. In the scuffle, Srinivas suffered a minor injury on his right eyebrow.
The police said they seized a 2.5 inch knife (one inch blade and 1.5 inch handle), a small blade type object and the letter written in Telugu from Srinivas.

Now we are on Telegram too. Follow us for updates
TAGS
YS Jagan Mohan Reddy