VIJAYAWADA /VISAKHAPATNAM: Hinting at shifting of the capital city from Amaravati, Municipal Administration Minister Botcha Satyanarayana made the startling revelation that the government was discussing the possibility and would spell out its stand soon. The contention of the minister was that the capital construction in Amaravati region would cost double when compared to other places and there was also a lurking danger of the present location getting flooded. 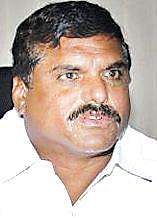 Former chief minister N Chandrababu Naidu, whose brainchild it was to build capital city Amaravati, cried foul and alleged that the YSRC government had deliberately flooded his house as also the lands of farmers to make a point that Amaravati was prone to floods.

Speaking to media in Visakhapatnam, Satyanarayana said even the Sivaramakrishnan Committee, which looked into the new capital city after the State bifurcation, said Amaravati was not ideal for capital. “There is certainly a need for discussion on it (committee report) and after coming to power, we are discussing it,’’ the minister said.

“If it costs 1 lakh for construction (of a building) in any other area, the same will cost Rs 2 lakh in Amaravati. This is nothing but wastage of public money,’’ he remarked. He further added that Amaravati faced flood threat.

“If the recent flood recurs, the capital area would completely get inundated. To prevent this, we need to construct more canals and dams. We might even have to pump water out of the city. This will lead to wastage of public money,’’ he said, adding that the government was discussing all these things and would take a decision soon.

This is a clear conspiracy, says TDP chief Naidu

Though YSRC chief and Chief Minister YS Jagan Mohan Reddy, during his campaign in the run up to elections, made it clear that he, if voted to power, would continue Amaravati as the State capital, there was apprehensions among political parties and investors about the same. Botcha’s remarks renewed the fears again.Botcha’s remarks sparked a sharp reaction from Chandrababu Naidu who lashed out at the government for putting a halt to all the projects including Polavaram.

Touring the flood affected places in Krishna district, Naidu said the YS Jagan Mohan Reddy government hatched a plan and had his residence (in Karakatta) and Amaravati flooded. “This is not mismanagement or lack of experience. This is  a clear conspiracy,’’ he alleged and said they had intentionally increased outflows from the Prakasam Barrage.

Talking about his contribution to the development of Hyderabad, Naidu went on to add that after bifurcation of the State, there arose an imminent need to build a capital city for AP and his government acquired lands from farmers for the purpose. “As soon as they (YSRC) came to power, they have completely stopped Polavaram and other projects.

The government is not even paying heed to the central government’s caution against review and retendering of various projects. On the pretext of flood threat and exorbitant construction cost, now they are trying to stop Amaravati. For this, they flooded you by releasing eight lakh cusecs of water at a time. Neither Amaravati nor my residence got submerged, but the lands of farmers have been flooded,’’ he alleged.

“Out of its conspiracy to flood Amaravati, this government did not even release water to canals,” the former chief minister alleged. It may be recalled that the expert committee constituted by CM Y S Jagan Mohan Reddy to review all ongoing projects launched by the previous TDP government, is in consultation with CRDA officials on way forward on capital city development.

Vijayasai Redy V@VSReddy_MP
Flood waters have entered the low-lying areas of Amaravati. Tomorrow, the Centre and even people will question as to why an area which faces threat of flood was selected for capital city. Unable to face these questions, they (TDP) have come up with an argument that the government had intentionally allowed flooding of Naidu’s residence