Though the civil supplies department officials sent correct indents as per their requirements, the essentials supplied were of less quantity for this month.

ONGOLE:  Though the civil supplies department officials sent correct indents as per their requirements, the essentials supplied were of less quantity for this month. Millets like jowar and ragi were not supplied as per the indents and even red gram (dal) was also supplied in small quantity. With this, the ration dealers of the district were in a state of confusion as they did not know how to distribute the inadequate stock among beneficiaries. The DSO and other officials of the district are trying to sort out this issue. 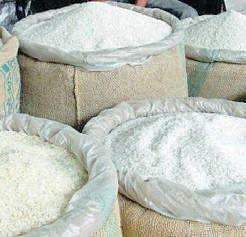 As per the records, there are around 2,150 fair price shops in the district and nearly 9,75,500 white ration cardholders are getting monthly essentials through these shops. From August 20, all the essentials were distributed to the Mandal level stock points and from there, stocks will reach the FP shops and finally from September 1, goods will be distributed among the eligible beneficiaries.

But, the district has received only 500 tonnes of dal. Similarly, the millet has also been supplied in less quantity. For the past few months, the government is providing jowar and ragi to the white cardholders through the public distribution system. But, now these stocks are also supplied in lesser quantities.

Now we are on Telegram too. Follow us for updates
TAGS
Ongole DISTRICT ADMINISTRATION fair price shops ragi Millets