NELLORE: The South Central Railway (SCR) has added yet another feather in its cap by commissioning the longest electrified tunnel. The 6.6 km long tunnel, which is an engineering marvel, is constructed between Cherlopalli and Rapuru railway stations in a horseshoe design. It is part of the recently completed Obulavaripalli - Venkatachalam new railway line.

SCR General Manager Gajanan Mallya lauded the efforts of railway officials and staff for completing the 6.6 km long tunnel in a record time of 43 months. He said, “It is a matter of pride for the SCR to have such remarkable structure. The newly constructed railway line is also helpful to decongest train traffic on Vijayawada - Gudur mainline.”

The completion of this tunnel in a record time enabled the railways to start freight operations on this important railway line, which has reduced the distance between Krishnapatnam Port and hinterland areas by 60 km.At present, the average travel time taken by a goods train from Krishnapatnam Port to Obulavaripalli is 10 hrs. On the newly commissioned line, the travel time gets reduced to about five hours. 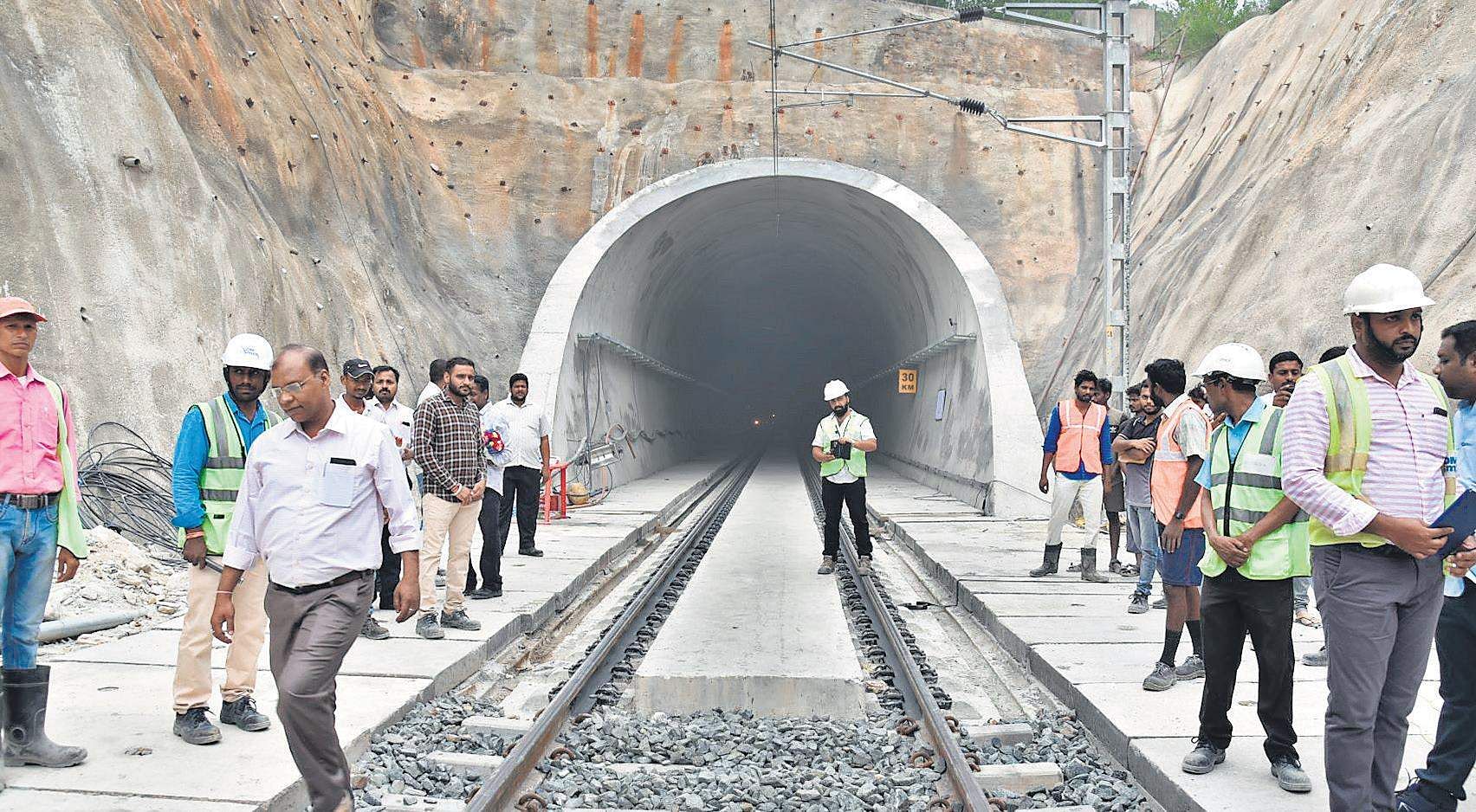 The New Austrian Tunneling Method (NATM) was used in execution of the Rs 460 crore project. The length of the tunnel is 6.6 km and is in straight alignment. The height of tunnel (rail level to roof) is 6.5 metres and the minimum height of contact wire is maintained at 5.2 metres.

The construction of this tunnel paved the way to operate freight trains on Obulavaripalli - Venkatachalam - Krishnapatnam Port new railway line for a distance of 113 km. The ballastless track was laid using bi-block sleepers. Two substations came up at Cherlopalli and Adurupalli for traction power supply. OHE maintenance depot is set up at Rapuru along with tower-car shed. The LED lighting is provided at 10 m intervals inside the tunnel.

This longest electrified tunnel is pivotal in the new railway line between Venkatachalam and Obulavaripalli, which is a game changer in the freight operations of the zone. The new railway line facilitates viable connectivity between South Coast and West Coast.