As many as 4,454 new cases of TB recorded in Krishna from January, may cross last year’s 7,278 mark if the same pace continues in the district.

VIJAYAWADA: Cases of Tuberculosis (TB) in Krishna district have been escalating rapidly. About 4,454 new cases have been registered till date from January this year. Health officials opine that there is a need for awareness among people, especially when they are in public spaces.

In 2018, total 7,278 TB cases had been recorded across the district. According to the officials concerned, if the cases get recorded at the same pace, then it is highly likely to cross the 10,000 mark by the end of 2019.

The district health officials had set a target to make the district TB-free by 2025. The officials have been working towards this goal with coordination from other departments of municipal administration and school education in maintaining proper sanitation and bringing awareness among the students. 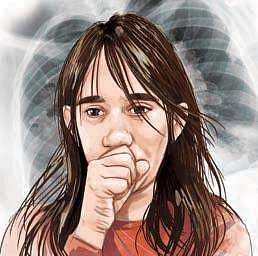 At present, treatment and medicines through 50 TB centres and 20 advanced centres established across the district, are being given free of cost. But a large number of people are approaching the private hospitals for treatment. The State government has also been providing medicines worth Rs 15 lakh free of cost.

Speaking to TNIE, District TB control officer Dr TV Sastry said, “As far as the medication is considered, we are providing quality medicines, even those worth lakhs of rupees, free of cost. The main reason behind the increase in cases is lack of awareness among the public.

We are trying to educate the patients and bring awareness among them regarding the precautions they need to take and how to maintain a healthy atmosphere without transmitting TB to others. People spit on roads, public places, sneeze and cough without covering their mouth. All these lead to the transmission of bacteria.  Though the municipal workers clean up regularly and maintain good sanitation, all these things would lead to transmission of disease.”

The doctors also state that a majority of the people stop their medication soon after they feel a little better which leads to further complications.

The doctors advise to those in the initial stages to use medicines for six months and those in advanced stages, continue the medication for about 24 to 34 months. Tuberculosis is spread by the bacteria Mycobacterium tuberculosis which mainly affects the lungs but also other parts of the body.