It has also directed the commission, which had decided to hold public meetings for adoption of tariff, to not hold the same.

VIJAYAWADA: In an interim relief to renewable power generators, the Appellate Tribunal for Electricity (APTEL) has directed the Andhra Pradesh Electricity Regulatory Commission (APERC) to not permit Discoms to withdraw the proceedings pending for adoption of tariff in case of agreements made through competitive bidding. It has also directed the commission, which had decided to hold public meetings for adoption of tariff, to not hold the same. 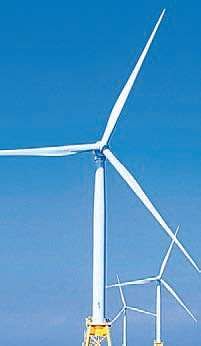 “We fail to understand how public hearing is initiated in the adoption of tariff, which is an outcome of a competitive bidding process. At this stage, we are of the opinion if the Power Sale Agreements read with Power Purchase Agreements are pending for consideration before the Respondent - Commission (APERC) in terms of Section 86(1)(b), the proceedings have to be taken up in accordance with the (Electricity) Act and the regulations with reference to settled law pertaining to competitive bidding process under Section 63 of the Act,” Justice Manjula Chellur (chairperson) and SD Dubey (technical member) noted in their order dated August 29.

They further directed, “Respondent - Commission (APERC) shall not permit the Discoms to withdraw the said petition at this stage. We also direct the commission to not hold public hearing since the proceedings pertain to adoption of tariff in a competitive bidding process.”

For the record, on July 29, the tribunal had given ad interim directions, in case of the same application, to the APERC to not terminate the PPAs. The tribunal also took note of the fact that the Discoms were not present before it till date and noted that the counsel appearing for the Discoms sought more time to file response. It posted the matter to September 16 for further hearing.