She approached Dr S Umasankar of Ahalya Nursing Home in Guntur, who specialises in IVF.

GUNTUR:  Setting a record of sorts, a 74-year-old woman delivered twins after five decades of her marriage through IVF in a private nursing home in Guntur city of Andhra Pradesh. The woman and the twin babies -- both female -- are doing well, doctors at the hospital said. The woman, Mangayamma, was married to Y Raja Rao of East Godavari district on March 22, 1962, but the couple were childless.

Though they never thought of going for an in vitro fertilisation (IVF) method, Mangayamma could gather courage and inspiration to go for the procedure after a woman in her neighbourhood delivered a child at age of 55 through IVF. 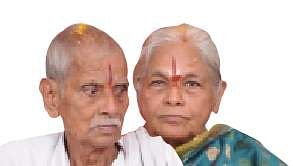 She approached Dr S Umasankar of Ahalya Nursing Home in Guntur, who specialises in IVF. The doctors expressed their readiness to perform IVF on her as she was not suffering from diabetes or blood pressure.

Umasankar said the IVF was successful in first cycle itself and she had been under the care of experts since the time of conception. Doctors found that she was carrying twins in her womb and, under the supervision, a Caesarean section was performed on her on Thursday. She gave birth to twins, setting a record as the oldest woman to deliver at the age of 74.

“Both the mother and the twins are doing well and have been put under observation in ICU. The twins weighed 1.8 kg each at the time of birth,” Umasankar said. Before Mangayamma, Daljindar Kaur of Rajasthan held the record of having given birth to a baby boy at the age of 72 years. The doctor said they had taken the case of Mangyamma as a challenge.

“Since then 10 teams of doctors have been constantly monitoring health condition of the woman and the success today has made us all very happy,” Umasankar said.