According to sources, minutes before committing suicide, Kodela made a phone call to one of his close aides.

HYDERABAD:  In a new twist to Kodela Siva Prasada Rao’s suicide, police who are investigating the case, found his phone missing.

According to sources, his phone was switched off around 5 pm on Monday. The police are verifying the call records of the former Assembly Speaker.

The investigating officials are reportedly verifying the call logs provided by service providers.

According to sources, minutes before committing suicide, Kodela made a phone call to one of his close aides.

However, police did not reveal the details related to the case saying it is a ‘sensitive case’.

AR Srinivas, DCP West Zone,  said, “We believe that his phone should be with his family members. We will confirm once they return to the city after performing the last rites.”

The investigating officers have reconstructed the crime scene after obtaining the autopsy report.

“We have questioned several people in connection with the case,” said an officer, who is part of the investigation.

Who drove Kodela to suicide? TDP and YSRCP blame each other. 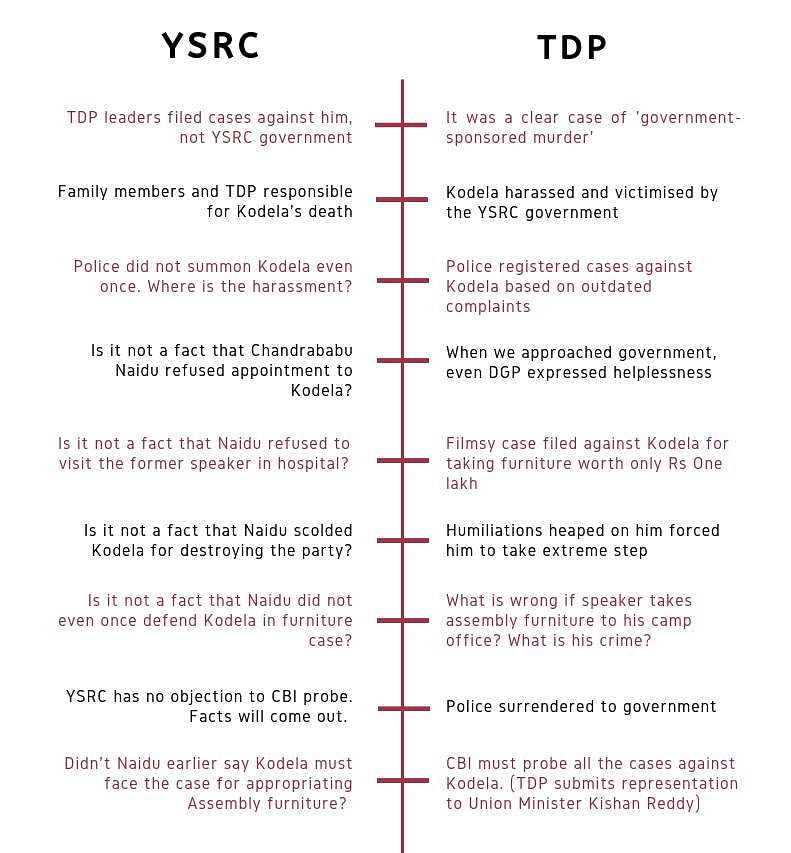