VIJAYAWADA: As many as 199 more people were confirmed to have COVID-19, and two more people died of the disease in Andhra Pradesh in the 24 hours leading to 9 am on Sunday. In the same period, 59 people who were infected recovered and were discharged from hospitals in the state.

Of the new cases, 130 are from Andhra Pradesh and 69 from other states. AP has so far recorded 4,659 coronavirus cases, of which 2,660 patients recovered and 75 died, leaving the number of active cases at 1,924. Of the two new deaths, one was reported from Kurnool and the other from Krishna district.

According to a media bulletin released by the State Command Control Room on Sunday, 17,695 samples were tested for coronavirus between 9 am on Saturday and 9 am on Sunday, giving the state a testing ratio of 8,502 tests per million people.

Krishna Lanka, which had earlier become a hotbed of coronavirus cases, has recorded three new cases. In Prakasam district, a software engineer who returned from Haryana was among the five who tested positive.

A senior AP Bhavan official in New Delhi has tested positive for coronavirus. The premises of the AP Bhavan Resident Commissioner Office will now be closed for two days. 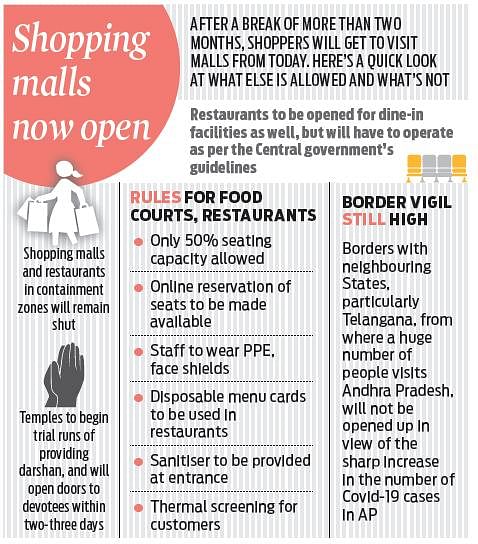 Now we are on Telegram too. Follow us for updates
TAGS
Coronavirus COVID 19 Coronavirus lockdown