For the four seats from Andhra Pradesh, five candidates -- four from ruling YSRC and one from opposition TDP -- are in the fray.

The polling commenced at 9.00 am and Chief Minister YS Jagan Mohan Reddy, Speaker Thammineni Sitaram, and MLAs of YSRC party cast their votes.

For the four seats from Andhra Pradesh, five candidates -- four from ruling YSRC and one from opposition TDP -- are in the fray.

With a strength of 151 in the 175-member AP Assembly, the YSRC is comfortably placed to win all four. Minimum 36 votes are required for a candidate to win the Rajya Sabha seat from Andhra Pradesh. The TDP, with just 23 MLAs, stands no chance whatsoever.

Post-retirement after handling several assignments in government and abroad, Vithal was associated with many social organisations and causes including the Nizam's Trust, Hyderabad Literary Society and Jana Vignana Vedika. 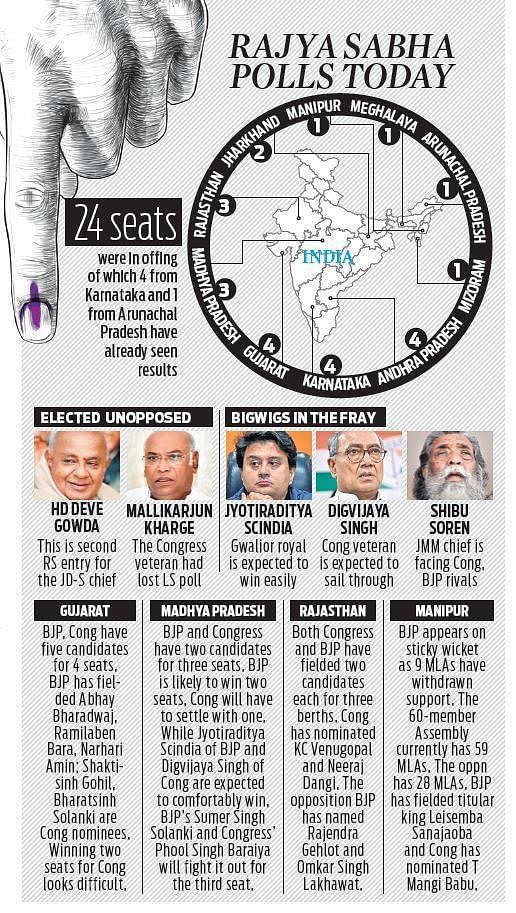