‘All 9 leases were issued by Cong govt in undivided AP; no truth in claim 20L MTs of ore is mined a year and Rs 180 cr is misappropriated’

VIJAYAWADA: Refuting the allegations of irregularities in laterite mining in Vanthada village of Prathipadu mandal in East Godavari district, Minister for Mines and Minerals Peddireddy Ramachandra Reddy has said there is no truth in the charges. Addressing mediapersons on Sunday, the minister said a total of nine leases for laterite mining were issued in Lingampally Reserve Forest, Vanthada, Alladara, Konda Thimmapuram villages and eight of them were issued to Andru Minerals on December 4, 2013, while one lease was issued to Kude Lakshmi on May 28, 2014. 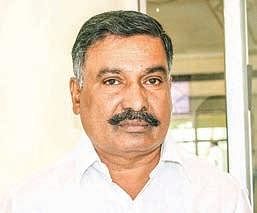 “For Andru Minerals, lease was issued to A Srinivas, V Veerraju, M Venkatarajani, A Usha Rani, M Venakteswara Rao, APK Satyavathi, A Ramesh Babu and A Sujatha. It was all forest land and the lease period is up to December 3, 2033. Patta land was leased to Kude Lakshmi and the lease period is up to May 12, 2034,” he said. According to the minister, till July 2019, the laterite mineral mined was below one crore tonnes. As on today, the amount of mineral mined in the eight leases issued to Andru Minerals is around 25 to 30 lakh metric tonnes and 1 to 1.5 lakh tonnes in the patta land leased to Kude Lakshmi. Value of one tonne of laterite is Rs 1,000 to Rs 1,150 per tonne and in one year, eight lakh to 10 lakh tonnes is used, mainly by cement factories.

Getting clarity that the State is within its rights to issue mining lease, all the nine lease holders were allowed to resume mining, he clarified. “When the facts are such, baseless allegations are being levelled against us. In fact, all those nine leases for 20 years were issued by the N Kiran Kumar Reddy government in the undivided AP. In our government, not a single lease or permit has been cancelled so far. There is no truth in the claims that 20 lakh MT of ore is mined per year and Rs 180 crore is misappropriated,” he said.

‘Capital decision after situation back to normal’

Peddireddy Ramachandra Reddy clarified that the decision on three capitals — executive capital in Visakhapatnam, judiciary capital in Kurnool and legislative capital in Amaravati — will be taken at the right time and not now. “As experts opine that COVID-19 cases might double or triple by July, focus is on restoration of normalcy. Once the situation is back to normal, the issue will be discussed. In the Governor’s Address during the budget session, the capital issue was already mentioned,” he said

Now we are on Telegram too. Follow us for updates
TAGS
Peddireddy Ramachandra Reddy Andhra mines