In the little over half-an-hour meeting, the Chief Minister submitted a letter detailing funds due to the State under various heads.

VIJAYAWADA: Chief Minister YS Jagan Mohan Reddy met Union Home Minister Amit Shah on Wednesday morning, their second meeting in as many days, and urged the latter to help release pending grants to the cash-strapped State to strengthen its efforts to respond effectively to the evolving Covid-19 pandemic besides running or completing various projects, including Polavaram, as planned. 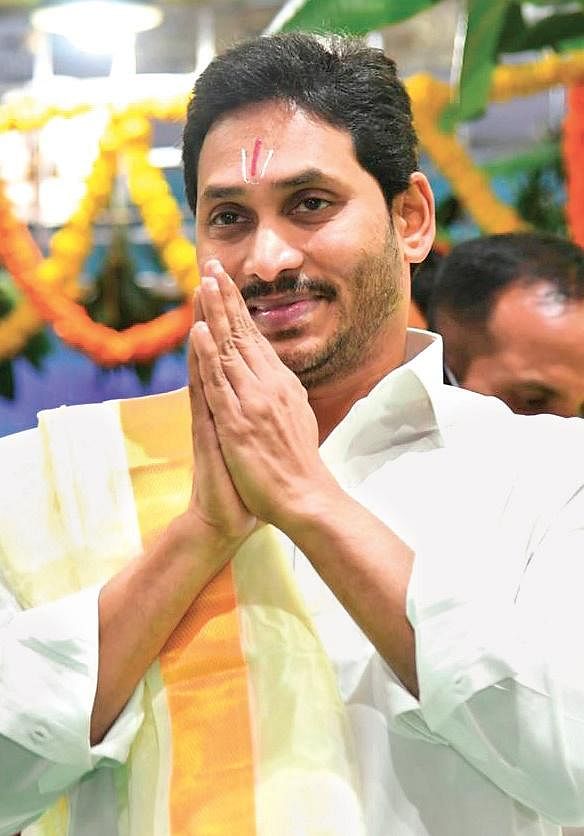 In the little over half-an-hour meeting, the Chief Minister submitted a letter detailing funds due to the State under various heads. Explaining the status of the Polavaram project, Jagan pointed out that only Rs  6,507.26 crore had been reimbursed, of the Rs  12,016.07 crore expenditure incurred by the State on the project till April this year. Requesting the Home Minister to expedite payment of the balance, he also asked him to approve the revised project cost and authorise NABARD to raise credit towards the expenditure to be incurred on the project this financial year,  which amounts to Rs  15,000 crore.

Jagan suggested that release of the amount be streamlined by authorising NABARD to open a direct line of credit as a revolving fund with the Polavaram Project Authority (PPA). The reason behind his suggestion is that it is becoming difficult for the State government to keep giving money in advance and later claim reimbursement from the Centre.

On the contentious GST compensation, Jagan sought early release of Rs  3,622.07 crore for 2017-18 and Rs  32.78 crore for 2019-20, besides Rs  3,352.10 crore of the first quarter of this year. The Chief Minister also raised the issue of assistance to backward north coastal and Rayalaseema regions as promised in the AP Reorganisation Act, 2014. Jagan requested that the pending Rs  700 crore be released soon.

Similarly, he sought the release of pending revenue deficit grant of Rs  138.39 crore for the year 2014-15 and urged Shah to consider sympathetically the release of Rs  18,830.87 crore further revenue deficit claimed by the State.Among the other dues from the Central government are Rs  2,253.52 crore under local body grants, Rs  1,600 crore towards subsidy for rice distributed through the public distribution system, Rs  1,000 crore for Capital City Development and Rs  3,740.53 crore under the MGNREGS. Jagan sought early release of the grants.

Now we are on Telegram too. Follow us for updates
TAGS
Jagan Reddy Amit shah Jagan Shah