The district police arrested seven persons and seized 354 kg of ganja from them in two separate incidents on Monday.

KAKINADA/RAJAMAHENDRAVARAM: The district police arrested seven persons and seized 354 kg of ganja from them in two separate incidents on Monday. In the first incident, the Kirlampudi police arrested three persons and seized 120 kg of ganja worth Rs 12 lakh from them. The accused were identified as Patan Sharif (26) of Chittoor district, S Masthan (21) and P Surendar of Koyyuru in Visakhapatnam district. 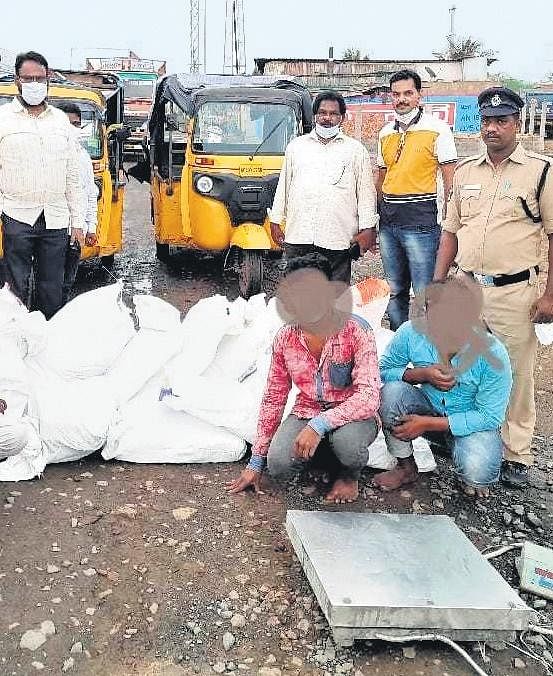 According to CI K Durga Prasad, acting on a tip-off, the police conducted searches at the road bridge and intercepted two autos carrying ganja.Police arrested Rajesh, Satish, Durga Prasad and Leela Kumar and seized four mobile phones from them. The ganja was wrapped in gunny bags and being smuggled to Tamil Nadu in an auto. The accused were sent to judicial remand.

Now we are on Telegram too. Follow us for updates
TAGS
Andhra Pradesh Andhra ganja seize