The division bench of Chief Justice Arup Kumar Goswami and Justice C Praveen Kumar will hear the petition on Tuesday.

VIJAYAWADA:  Panchayat Raj Minister Peddireddy Ramachandra Reddy on Monday filed a petition before a division bench of the High Court challenging the verdict of a single judge upholding the State Election Commissioner’s orders to refrain him from addressing the media till the completion of panchayat elections on February 21. 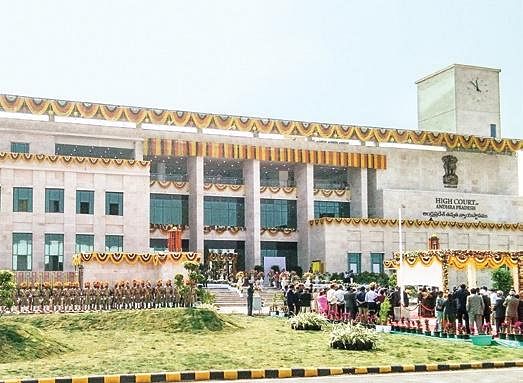 The division bench of Chief Justice Arup Kumar Goswami and Justice C Praveen Kumar will hear the petition on Tuesday. Counsel for Ramachandra Reddy VRN Prasanth, in the petition, said the SEC orders refraining the minister from addressing the media is against the Freedom of Expression as guaranteed by the Constitution.

The minister said the SEC gave the orders without issuing any notice and took the decision unilaterally without giving him chance to submit an explanation.  The minister also informed the court while referring to the SEC directives on unanimous elections, he had only said returning officers must announce the results and not execute the SEC’s orders as they are against the law.

Now we are on Telegram too. Follow us for updates
TAGS
Peddireddy Ramachandra Reddy