Ramachandra absconded after committing the crime, but the police team managed to nab him at Jangalapalli Cross on Wednesday. 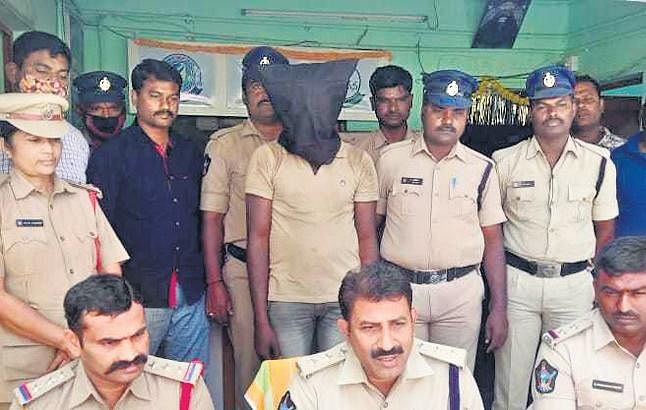 Based on a complaint filed by C Reddappa from Peyyannagaripalli in Irala mandal, the police registered a case and started investigation. A team, led by Circle Inspector C Lakshmikantha Reddy, was formed to investigate the case.

Ramachandra absconded after committing the crime, but the police team managed to nab him at Jangalapalli Cross on Wednesday. A motorcycle and some cash was seized from his possession. The accused has confessed to the crime, the police added.The DSP also said that the accused was an old offender and involved in several such crimes in the district. He praised the efforts of the Circle Inspector and his team for solving the murder case and presented rewards to them.

How cops nabbed the accused
The police collected statement of eyewitness Lakshmamma
Suspecting the role of Bathula Ramachandra in the murder of the seer, the police interrogated him
During the interrogation, the accused confessed to murdering Achyutananda Swamy on January 27 and stealing Rs 52,000 cash from the ashram