Andhra Pradesh reported 158  fresh Covid-19 cases, 172 recoveries and one death in the 24 hours ending 9 am on Saturday.

VIJAYAWADA:  Andhra Pradesh reported 158  fresh Covid-19 cases, 172 recoveries and one death in the 24 hours ending 9 am on Saturday. The latest government bulletin said the total recoveries increased to 8,78,232 while the overall toll rose to 7,147.After over 1.28 crore sample tests, the cumulative coronavirus positive cases in the state touched 8,86,852 at the rate of 6.91 per cent. The state now has 1,473 active cases, the bulletin added. 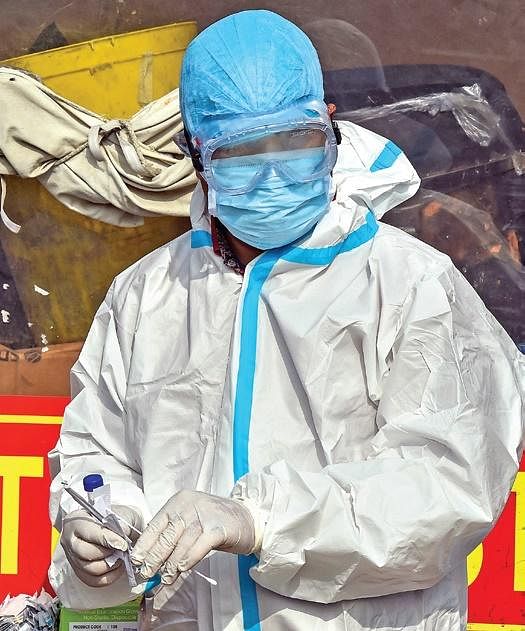 Over 43,000 samples were tested in the 24 hours out of which the 158 infections emerged. East and West Godavari reported the maximum number of cases (35 and 28, respectively) followed by 23 in Krishna. Nellore and Vizianagaram districts each saw their tally grow by one infection even as seven other districts reported less than 10 new cases.

The combined Covid-19 tally of the three North coastal districts grew by less than 25 while the four Rayalaseema districts recorded under 35 infections. Of the 8.86 lakh total number of positives, the highest of 1.24 lakh came from East Godavari and the lowest of 41,126 from Vizianagaram.

Meanwhile, 172 patients recovered from the disease and discharged from hospitals in the same period, taking the overall recoveries past the 8.78 lakh mark. The actual caseload in seven districts is less than 100 each. Krishna has the highest of 274 active cases. Visakhapatnam reported the only Covid-19 casualty on Saturday.

No adverse event reported for 4th consecutive day
The state on Saturday immunised 12,807 healthcare workers with the Covishield vaccine against the novel coronavirus. The maximum number of 2,167 recipients were in Visakhapatnam, while Kurnool inoculated the least of 479 health workers. Another 355 beneficiaries in Krishna district were administered the Covaxin jab on the eighth day of the vaccination programme. The state did not report any case adverse event following immunisation (AEFI) for the fourth consecutive day

Now we are on Telegram too. Follow us for updates
TAGS
Andhra covid cases coronavirus COVID 19