'My experience taught me that people who get infected, will lose confidence and patienc. So I began making videos that will help affected people release their stress,' says this Covid survivor.

VIJAYAWADA: It was his strong determination to return home so that his family does not suffer, and regular practice of yoga that helped Godavarthi Babu Narasimha Rao (51) defeat Covid-19. Rao of Bhavanipuram in the city runs packers and movers business. His wife tested positive for Covid initially.

Later, he contracted the virus. Though he had comorbidities like diabetes and kidney related ailments and was on ventilator support for sometime, Rao was able to beat Covid with his willpower. Now, he is leading a normal life after recovering from Covid.

Sharing his experiences with The New Indian Express, Rao said, “After my wife tested positive, myself and my son gave samples for testing. Fortunately my son, who is studying engineering third year, tested negative, but I tested positive on April 25. As I had mild symptoms, the doctors suggested that I stay under home isolation, while my wife was undergoing treatment in a private hospital in Guntur.”

After the initial six days of medication at home, Rao developed difficulty in breathing and his oxygen saturation levels had dropped.

“Due to increased anxiety levels, I faced difficulty in breathing and was admitted to hospital. While undergoing treatment, I realised my mistake that I did not take any other measures on my own to get cured from Covid,” he said. 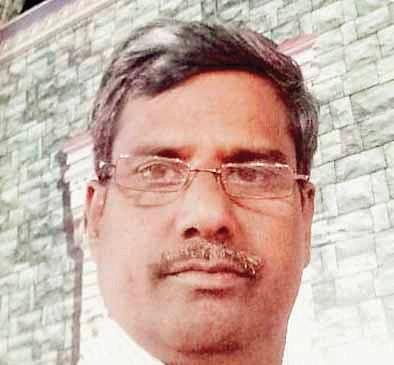 Then he started breathing exercises and performing yoga asanas, which helped him boost his immunity.

​“The fear of the loss that my family would have to face if I succumbed to the virus made me realise the necessity to recover and come home healthy,” he said. Rao stated that performing pranayam every morning for at least 20 minutes in the starting days and then increasing it to twice a day had proved most effective in recovering from Covid speedily.

He was discharged from hospital on May 8. “After returning home, I realised one thing - though we are aware of many advantages of yoga, we lack the understanding of how and when it can actually help us. So, I decided to educate people on the benefits of yoga,” he said. Now, Rao is making short videos on yoga asanas and sharing them with his friends and family members to spread awareness.

“My experience taught me that people who get infected by the virus, will lose confidence and patience. So I began making videos that will help affected people release their stress and develop a positive attitude which I believe is the most powerful mechanism to recover from any illness despite all challenges and under any circumstances,” Rao explained.

The State on Wednesday achieved yet another milestone in its fight against Covid-19. The total tests conducted by it went past two crore. With the total samples tested at 2,00,39,764, the positivity rate in the State now stands at 8.5%. The State completed the first one crore tests on November 29 last year and by then, the total cases were 8.67 lakh. In the second crore sample tests, 9.12 lakh tested positive

Now we are on Telegram too. Follow us for updates
TAGS
Covid 19 in Andhra Pradesh Covid 19 in India Fighting Covid