AN RSS worker was found dead under mysterious circumstances near Magali village in Periyapatna, Mysuru district, late on Friday.

MYSURU: AN RSS worker was found dead under mysterious circumstances near Magali village in Periyapatna, Mysuru district, late on Friday. While police, who discovered the body of 24-year-old Ravi, said that he died in an accident, family members and RSS-BJP workers have disputed it and termed it murder. 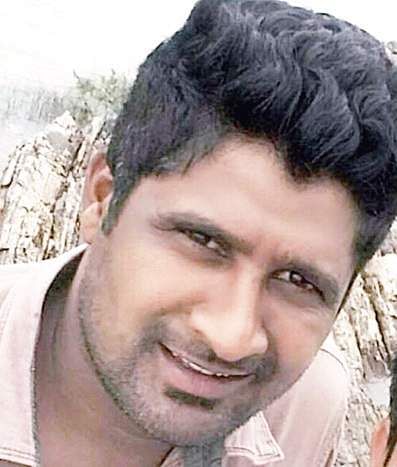 The incident comes almost 20 days after the killing of an RSS worker, R Rudresh, in Bengaluru and in the run-up to the government-sponsored Tipu Jayanthi celebrations, scheduled on November 10.

Incidentally, Ravi was returning home on his bike after a meeting with other RSS activists over the Tipu event. After the body was discovered, police conducted a post mortem following which the family was informed. Ravi's family members and party activists have questioned the haste in which police conducted the post mortem and concluded the cause of death.

There was verbal altercation between police and activists over not taking consent of the family for conducting post mortem. Family members, including Ravi's parents and brother, first refused to take the body. It was only after BJP MP Pratap Simha and others spoke to police officials that the body was taken to Magali.

Apart from Simha, BJP state president BS Yeddyurappa too alleged that Ravi had been murdered and that police were projecting it as an accident. Simha said there was a political conspiracy as Ravi's bike showed no signs of damage for an accident. Seeking a high-level probe, he threatened to call for a bandh in the region if assailants were not arrested by Sunday evening.

Local police, who refused to give a nod to take out a funeral procession , have deployed additional police personnel, fearing communal tension ahead of Tipu Jayanthi. In March this year, another RSS worker Raju was hacked to death in Mysuru.