V-C made lifelong prof at meet chaired by him

BENGALURU: In a move that has ruffled feathers and stoked yet another controversy, University of Mysore Vice-Chancellor Prof KS Rangappa has been made Lifelong Distinguished Professor, at a syndicate meeting chaired by him and approved by him. 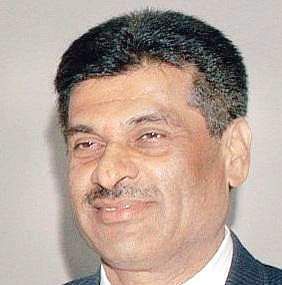 While some have termed the move strange and illegal, Rangappa is unfazed. “It was not my decision. The subject was raised by a syndicate member. The syndicate decided to approve it and I accepted the same.” However, the matter has reached Raj Bhavan after a senior Mysore university professor filed a complaint and requested the Governor, who is Chancellor, to initiate action against Rangappa.
Rangappa’s elevation happened at a syndicate meeting held on October 18 where the agenda was placed by a syndicate member. But university norms state that as chairman of the syndicate, the vice-chancellor is not allowed to place any agendas related to him or pass resolutions.

Speaking to Express, a senior syndicate member of the university said, “In case there is an agenda or subject related to him, the chairman must leave the chair to someone in the syndicate and go out. But in this case we were not in a position to oppose for various reasons.” prof says UoM move is illegal: P5

The resolution of the syndicate meeting of University of Mysore also suggests that the agenda was placed at its V-C Rangappa’s bidding. The resolution states that Rangappa “has requested the university for continuing the facilities he is availing (present sitting chambers and laboratory established by him) at department of studies in Chemistry”.

The resolution also spells out why Rangappa is a fit candidate for the post. “Prof Rangappa .. is having two international collaborative research projects (Indo-Israel and National University of Singapore). He has successfully guided 54 candidates for PhD degree. Seven candidates are working under his supervision and he is a fellow of National Academy of Sciences.” It also states that the V-C has brought laurels to the university by carrying out research work on cancer drugs.

Prof MS Thimmappa, former V-C of Bangalore University, said, “This is a really strange and illegal act by the University of Mysore. If at all the laboratory is being established, it is from the university or UGC funds and not from his pocket. As per UGC guidelines, one can avail facilities for unfinished projects till their completion. When there are cases of criminal nature pending against him in High Court and lower court, this is improper to consider him.”

G Madhusudan, former member of Mysore university’s board of management, questioned Rangappa’s research credentials. “Rangappa ceased to be a research practitioner years ago. He is cut off from research work. Providing this status of lifelong professorship to him is ridiculous. If somebody else had awarded him the status, it was fine. But a vice-chancellor awarding it to himself under his chairmanship is unheard of.”