The government then suspended registrar (administration) of the University of Mysore and also the college principal.

BENGALURU: Governor and Chancellor of state universities Vajubhai Vala has sent the file recommending action against University of Mysore Vice-chancellor Prof K S Rangappa back to the government. 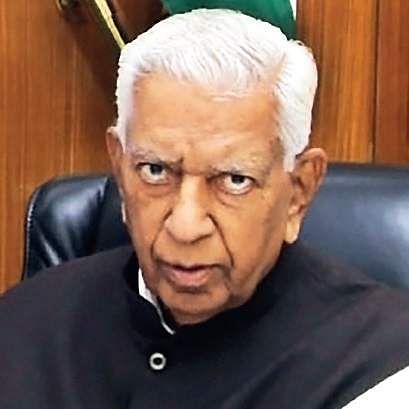 Two days ago, Principal Secretary of Higher Education Department Bharath Lal Meena had sent the file to the Governor recommending to initiate action against Rangappa following the recent appointments at Yuvaraja’s College in Mysuru against government directions.

However, on Friday evening, Raj Bhavan sent the file back to the higher education department and directed the government to take action instead.

Confirming this to Express, a highly placed source from the Raj Bhavan said, “In the file we have written that the government itself can initiate action against the vice-chancellor of the University of Mysore and the governor has no objection to it. Or the government can clearly explain what action needs to be taken based on the severity of the offence.”

Reacting to this, a senior official of the Higher Education Department said, “We cannot take action even if the governor says he has no objection. We will write back to the governor explaining about the particular action that needs to be taken.” According to the official, the department will recommend suspension.

“As we have suspended the registrar and the principal on the same issue, we will clearly recommend the suspension of the V-C,” he added.

“In case the government initiates action, the same can be challenged in the court of law. As the Vice-chancellor is appointed by the governor and reports to the governor, the powers of initiating any action against him will be with the governor,” the official explained.

Rangappa had allegedly violated the state government’s directions to stop the process of filling 48 teaching posts at Yuvaraja’s College.

The government then suspended registrar (administration) of the University of Mysore and also the college principal.