Parameshwara will continue as KPCC prez till the organisational elections are held around Oct, announces party general secretary Digvijaya Singh

HUBBALLI/BENGALURU : Chief Minister Siddaramaiah seems to have emerged the unrivalled leader in the Congress after the bypoll victory.

The party high command on Tuesday acknowledged this by announcing that it will fight the next assembly election under Siddaramaiah’s leadership. The move has effectively silenced Siddaramaiah’s critics and rivals within the party.

Speaking to reporters in Hubballi on Tuesday, AICC General Secretary in-charge of party affairs in Karnataka, Digvijaya Singh announced that the 2018 Assembly elections will be fought under Siddaramaiah’s leadership. He, however, hastened to add that a new chief minister will be elected by the newly elected MLAs of the party. 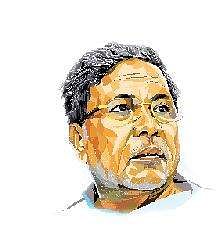 Immediately after assuming charge as Chief Minister in 2013, Siddaramaiah had stated that he was not keen on contesting the next election. However, he changed stance later and asserted that he will lead the party himself in the next election too. However, this is for the first time that the party’s national leadership has officially announced its decision to face the next polls under Siddaramaiah’s leadership.

Singh, who held a series of meetings in Bengaluru on Monday night with senior state leaders including Siddaramaiah, KPCC president G Parameshwara, senior leaders D K Shivakumar, M B Patil, K H Muniyappa, Veerappa Moily among others, has also cracked the whip on those airing their views on the appointment of a new KPCC president.

KPCC election in Oct
Putting to rest all speculations on an immediate change of the KPCC president,  Digvijaya Singh said Parameshwara will continue in office till the organisational election of the party is completed, which is likely to be in October.

He attributed the victories in Nanjangud and Gundlupet to the collective leadership of the party. “If the Congress fights unitedly, there are no forces that can stop it from coming back to power in the next Assembly election,” he said.