It's Congress.. er..Siddu everywhere as party takes on BJP

In a first for the party, Siddaramaiah is the  face of all state government  programmes

BENGALURU: The Congress is aggressively wooing the electorate in the final run-up to the assembly elections through a plethora of schemes and it is Chief Minister Siddaramaiah everywhere.
In a marked departure from their earlier approach, and perhaps spurred by their success in Punjab, the Congress has decided to put the face of one man, Siddaramaiah, over all the programmes. Whether it is revival of old ones or new ones, he is the man responsible for it all. No one has been left in any doubt that it is no longer Congress versus the BJP in the 2018 assembly elections, but Siddaramaiah versus the BJP. In that, Siddaramaiah has done a Modi. 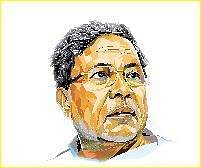 The chief minister has been busily hopping places unveiling schemes and launching programmes from every department and so effectively answering all questions about it that it has not left the minister in charge of the department themselves much to talk about. While there are some rumblings in the KPCC, it is clear that Siddaramaiah has the full support of the Congress high command and while Congress still maintains that Siddaramaiah is merely leading them during elections, he himself has made it obvious that he will be the helmsman during their next stint as well. The same formula worked in the Punjab elections as well, where Captain Amarinder Singh was projected as the face of Congress.

AICC Secretary and state in-charge Madhu Yashki Goud said Siddaramaiah was a popular leader as well as a senior member in the Congress and it was only natural that he would take centre stage for programmes launched by the government. “However, the party and the government are fighting these elections jointly. Knowing the tendency in Congress to have internal differences and strife, we have tried to ensure that we have sorted out differences and made sure everyone is on board. We are trying to establish a strong link between party and the government. While Siddaramaiah will be the face of the programmes of the government, party workers will make sure they take the message further through the ‘Mane manege Congress’ programme,” he said.

‘What worked in Punjab may not work in K’taka’
But political analyst Sandeep Shastri has another take. “Amarinder Singh was fighting against Akali Dal that had been around for 10 years. I think it is the strategy of the party which will keep it’s unity that will finally win,” he said.Shastri said BJP has become more like the Congress of the 70s with its increasing centralisation, wherein all decisions pertaining to state politics are made in Delhi. “Congress seems to have finally given up its past methods, happily for the people.

Siddaramaiah has full authority and he is being projected as the leader. But the victor will be the one who will be able to maintain the unity of the party as they go forward. But a slew of schemes alone cannot win elections. People will decide based on whether the government and leadership can be trusted and whether the supporters believe that past promises have been implemented,” he added.