The parole application of outsted AIADMK leader Sasikala Natarajan, who is lodged at the Central Prison at Parappana Agrahara here in connection with a disproportionate assets case, is still being exa

BENGALURU: The parole application of outsted AIADMK leader Sasikala Natarajan, who is lodged at the Central Prison at Parappana Agrahara here in connection with a disproportionate assets case, is still being examined, according to the jail authorities.

Sasikala has sought parole to visit her ailing husband Natarajan. Parappana Agrahara prison Superintendent Somashekar said there is still some verification to be done. When questioned about media reports which said that her application had been rejected, he said that it is far from truth as the department is still examining a few issues. “We wanted clearance from the courts in Tamil Nadu, which we have got on Wednesday,” he said. 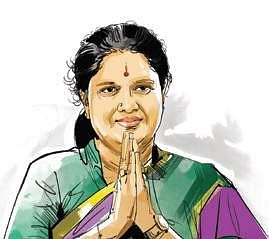 Sasikala, a long-time associate of late Tamil Nadu Chief Minister J Jayalalithaa, was sentenced by the Supreme Court for amassing wealth disproportionate to her known source of income. The Karnataka High Court had set aside the special court order and acquitted Jayalalithaa and others in 2015. Karnataka then appealed against the order in the SC. After Jayalalithaa’s death, Sasikala, who was on the verge of becoming Tamil Nadu CM received a jolt when the apex court upheld the trial court order. On Wednesday, Sasikala’s supporters from Tamil Nadu were waiting outside Bengaluru Central Prison hoping that she will be released on parole. Around 100 people, including lawyers from Tamil Nadu were waiting outside the prison till evening and they left the place around 10 pm as the Prisons Department officers are still looking into her application and have not taken any decision yet.

Chennai: Sasikala’s husband, M Natarajan, has undergone liver and kidney transplant, her relative and sidelined party member TTV Dhinakaran said on Wednesday. Natarajan had been undergoing treatment at a corporate hospital for the past few days.