Even though, Vidhana Soudha is all decked up with laser lights and flowers for the diamond jubilee celebrations, the interiors have a different story to tell.

BENGALURU: Even though, Vidhana Soudha is all decked up with laser lights and flowers for the diamond jubilee celebrations, the interiors have a different story to tell. Broken tiles, badly maintained toilets, dampness on the walls due to water seepage show how the authorities concerned have failed to do their job. 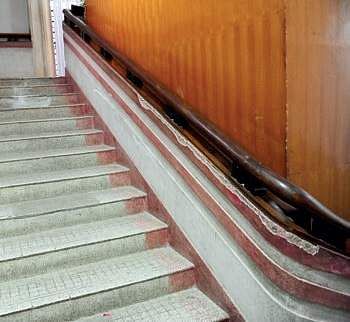 The government that spent `10 crore on a one-day event seems to have focused only on the outer beauty of the Legislative House. Thousands of people who visited Vidhana Soudha for the diamond jubilee celbration were troubled as most toilets were under maintenance and others were in a bad condition. According to R Srikanth, member of the state government employees council, who works at Vidhana Soudha, said, “The toilets are badly maintained and it feels horrible to work in the rooms near these loos. When toilets at the malls, which get thousands of visitors, can be so clean, why not here?’’ he exclaimed.
In one of the ladies toilets on the ground floor, one can see leaking taps, rusted buckets with holes and broken pipes. Rest of the toilets, including the one next to the banquet hall, were stinking. A housekeeping staff said, “What can we do? There are a huge number of people here. Most of the toilets are closed, so, the ones that are open are overused.’’

It’s not just toilets, other areas in the Legislative House are also in a poor condition. The entrance of the Assembly on the first floor was decorated with flowers, but, in the corner, broken furniture was dumped.
The visitors’ chairs outside the officials’ chambers were broken. Except the ones on the front side of the building, all other sides have dirty windows and doors. The tiles used on the floor and the ceiling were also broken.

Bhaskar from Department of Personnel & Administrative Reforms (DPAR), who is incharge of maintenance, said, Public Works Department (PWD) personnel started the work late, so there has been a delay in painting and other repair work.“PWD is renovating all the general toilets with modern amenities. This is the reason why some of the toilets are closed,”he added.